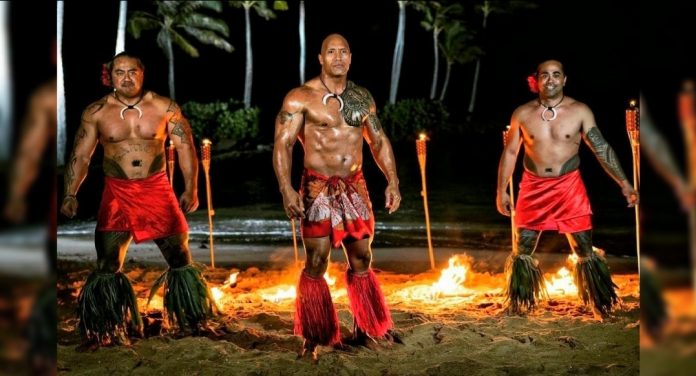 Born 2nd May 1972 in Hayward, California to parents Ata and Rocky Johnson., Seiuli Dwayne Douglas Johnson aka “The Rock” is the grandson of Samoan wrester Peter Maivia.

Johnson visited Samoa in 2004 and was bestowed the Sieuli title by Head of State Malietoa Tanumafili II.

With a reported net worth of US$400 million, his career films have grossed over $3.5 billion in North America and over $10.5 billion worldwide, making him one of the world’s highest-grossing and highest-paid actors.

In efforts to keep Samoa on the tourism map amidst the impacts of Covid-19 the Samoa Tourism Authority sent a short video invite to Seiuli in February this year, to come visit Samoa and share a glass of Teremana tequila when the borders open.

When Hobbs and Shaw launched in 2019, Samoa former Prime Minister Tuilaepa Sailele Maliegaoi issued a public statement to thank Seiuli for the inclusion of Samoa in the movie script.

“Seiuli immortalised our country, our people and our Samoan identity on the silver screen, and for that he and all Samoan actors and actresses in the movie have earned the Government and People of Samoa’s highest commendation,” said the former Samoan Prime Minister.

Dwayne was a college football player with the University of Miami, with whom he won a national championship in 1991. He aspired to have a professional career in football and entered the 1995 NFL Draft, but went undrafted. He signed with the Calgary Stampeders of the Canadian Football League (CFL), but was cut from the team in his first season. Shortly after, he began training as a professional wrestler.

Johnson secured a contract with the WWF in 1996. He rose to prominence after developing the gimmick of a charismatic, boastful, trash-talker. He won his first WWF Championship in 1998, becoming the promotion’s first African-American world champion. Johnson then helped usher in the Attitude Era, an industry boom period in the late 1990s and early 2000s.

Johnson headlined the most-bought professional wrestling pay-per-view (WrestleMania XXVIII) and was featured among the most watched episodes of WWE’s two flagship television shows (Raw and SmackDown).

His role as Luke Hobbs in the Fast & Furious films, began with Fast Five (2011), which helped it become one of the highest-grossing film franchises. Johnson also stars in the Jumanji films, appearing in Jumanji: Welcome to the Jungle (2017) and Jumanji: Next Level (2019).

Johnson produced and starred in the HBO series Ballers (2015–2019), which ran for five seasons and was ranked as HBO’s most-watched comedy in six years. He also stars and produces the autobiographical series Young Rock (2021).

In 2000, Johnson released the autobiography The Rock Says, which became a New York Timws bestseller. In 2012, he founded the entertainment production company Seven Bucks Productions. Johnson made the Time 100 Most Influential People in the World list in 2016 and 2019, and is the co-owner of the American football league, the XFL.