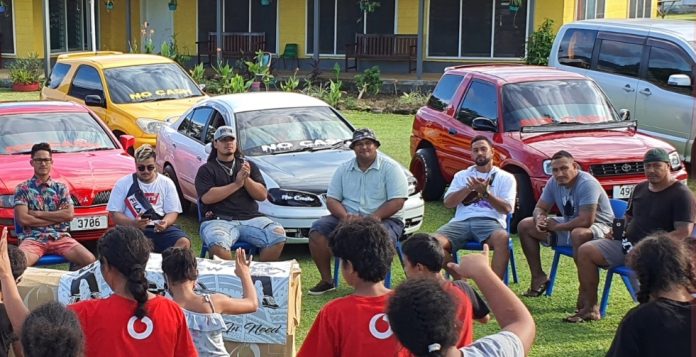 The No Cash Motor Club visited the Samoa Victim Support Group’s House of Hope this afternoon with boxes of Christmas gifts for the children.

The Motor Club has formed a relationship as “Guardians and Protectors” to the children of the refuge, where victims and survivors of domestic and sexual violence are being looked after as they await court dates of cases for which charges have been brought against their perpetrators.

This afternoon, the children were excited to have an entourage of pimped-up cars with flashing  lights, and music playing, drive in through the gates to pay them a visit.

They bore gifts still packed in boxes that had just been shipped in from New Zealand. The gifts were supplied by No Cash Executive Secretary Sharon Partsch and her husband, owners of Cooltech & Island Upholstery in Fugalei.

Vice President of No Cash, Sului Fata presented the gifts on behalf of the Club to SVSG President Siliniu Lina Chang.

“We bring these gifts of children’s toys and clothes, to give a little cheer for the kids at Christmas time”. 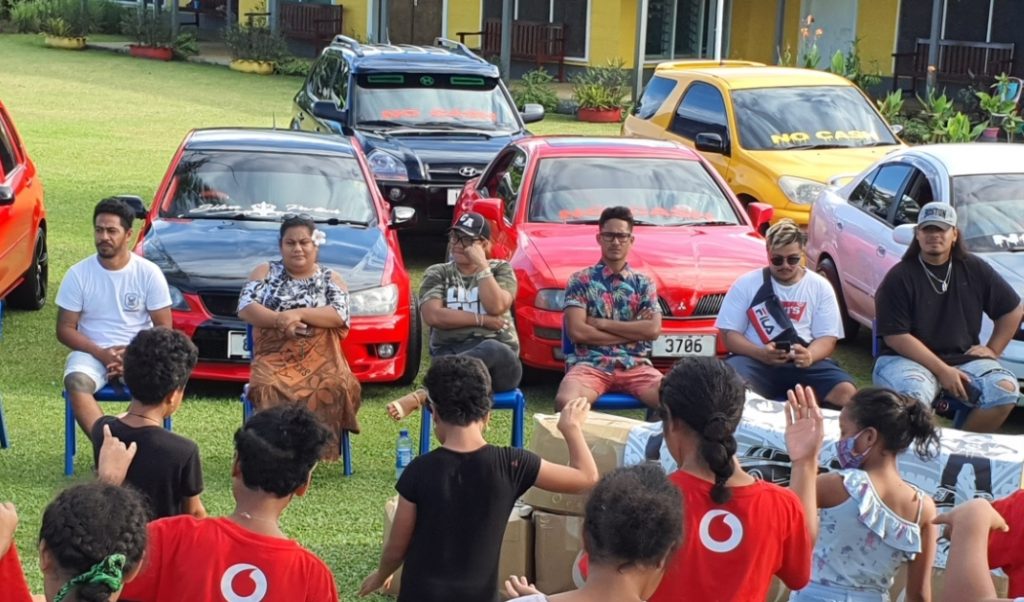 “We now know and understand the huge task Siliniu is faced with, to care and look after these children”, said Sului.

Executive Committee member of No Cash, Maanaima Faimalo Scanlan said their club is very serious about the partnership they have formed with SVSG and have been looking for different ways and opportunities to help Siliniu and her team.

“Ever since our first visit when we came for Holloween, we have been preparing to return with a little something for Christmas”, he said.

“The clothes are from baby sizes, all the way up to teenagers.. because we know that Mama Lina has children of all ages here”, he added.

The children excitedly performed several items for their unexpected guests, and enjoyed dancing along to music being played, or rather, blasted, from the car speakers.

Siliniu thanked the No Cash Motor Club for the generous gifts and for the many times they have answered her calls since the guardian relationship has been built.

“We have called upon the No Cash club members to assist with transportation from time to time, as well as for moving some of our furniture;

“They always respond with a great sense of loyalty to our calls and I am grateful to finally have a group we can feel safe to call upon, especially if we have to respond in the middle of the night to families needing help”, said Siliniu.

Siliniu said the relationship between No Cash and SVSG will be formalised through an MOU (Memorandum of Understanding) before the end of this year.