Driving along Lotopa you will see a roadside barbecue with a “fresh oka” sign in the front.

The BBQ is run by two brothers, James Nauer aged 19 and his younger brother Anton who is 18.

James says their BBQ is open from Thursday to Saturday, from 8am to around 6pm.

BBQ plates are $10 tala with chicken, mulipipi and American sausages – marinated in their special sauce that he won’t give out the ingredients or recipe for 🤫 hehe.

“We wake up at around 6am on those mornings to prepare and start cooking, so that our first plate can be ready by 8am”, says James.

The stall also sells oka for $5 tala and yes, it is stored on ice and served fresh in a tupperware container with a fa’i saka (cooked green banana).

James says the small business venture is how he and his brother can earn a living and help out with their family’s development.

“It is run by the two of us, with our aunty who helps us out”, he said.

Alongside the BBQ stall the family also have pot plants for sale. 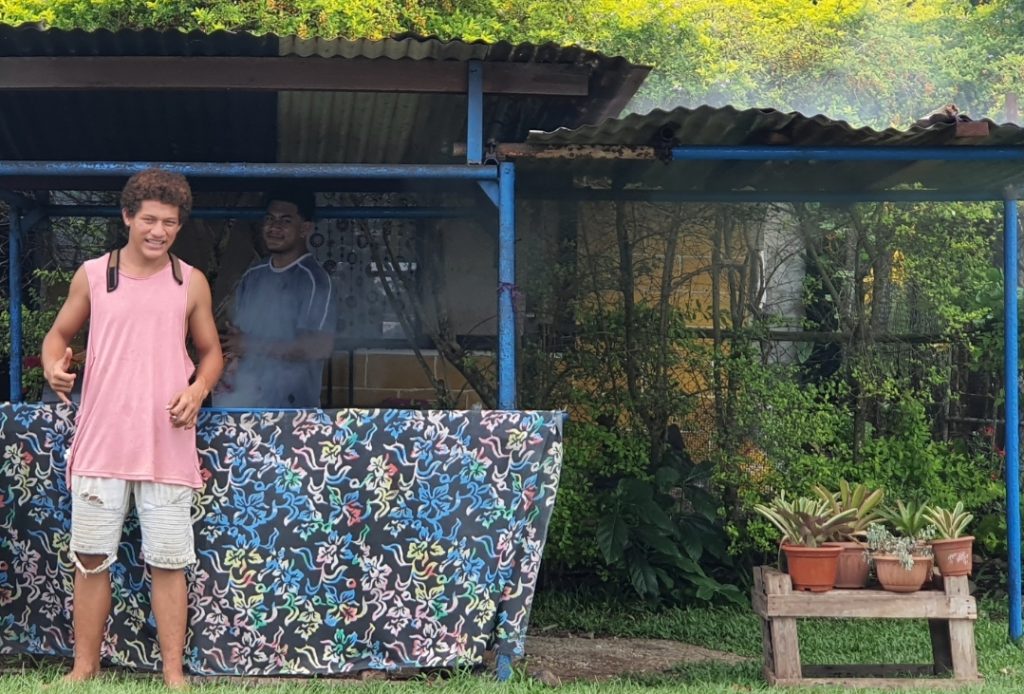 Location is key and the Nauers are blessed to have their family home along the busy main road of Lotopa, across from the Church College of Samoa.

So stop by during the Christmas season for a $10 tala BBQ and a $5 tala oka with the Nauer Brothers at Lotopa.