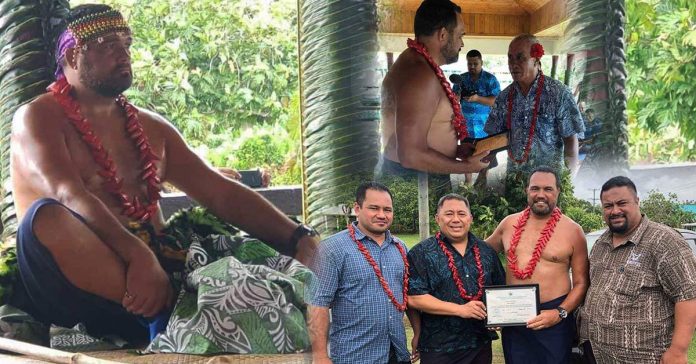 12 February 2019, Apia Samoa. Manu Samoa head coach Steve Jackson known as “Jacko” to many will now have to get used to answering to Vaeluagaomatagi.

The former Auckland Blues Assistant Coach received the honorary chief title at a traditional ceremony held at the village of Fogapoa, Safotulafai in the District of Faasaleleaga No 2.

The President of the Samoa Rugby Union and CEO of Federal Pacific Insurance Namulauulu Sami Leota said, “It was a real honor n privilege by our village to be visited by the ms hc today as it is not everyday that the people of Savai’i sees him.”

“As such the village of Fogapoa accorded him a traditional welcome as to the ava ceremony and at the same time we bestowed him with the chiefly title Vaeluagaomatagi.”