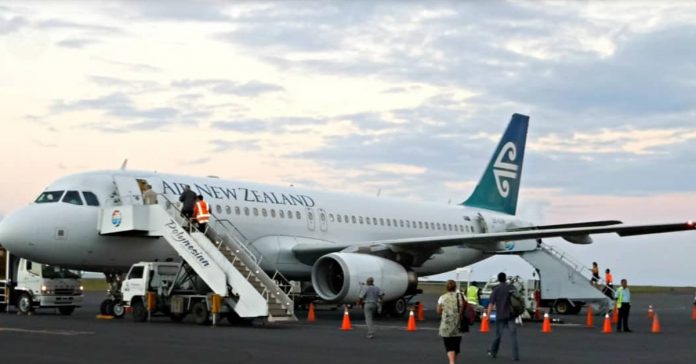 Posted 6pm Tues 12 February 2019. Updated 4.19am Wed 13 February 2019. A passenger on an Air New Zealand flight from Auckland suffered a heart attack on approach into Apia and passed away.

According to a Samoa Global News source 70 year old Filomena Potogi was traveling with her niece when she suffered a heart attack and died on the Air New Zealand flight that arrived into Apia at 2pm this afternoon.

Talamua Media and Publications confirms that the woman was Catholic nun, Sr Filomena Potogi from Vaivase and is one of the very first Samoans to join the Order of the Sisters of Nazareth at Lepea.

When contacted the National Hospital Emergency Department say that Sr Filomena had been brought to the Leulumoega hospital but efforts by ambulance and hospital staff to resuscitate her were unsuccessful.

Efforts to contact Air New Zealand for a comment were unsuccessful. The Airline’s local phone number 20825 either rang out or disconnected each time it was called during working hours. After 5pm an after hours recording came on.

The Fire and Emergency Services Authority confirm that they were not contacted with regards to the incident.