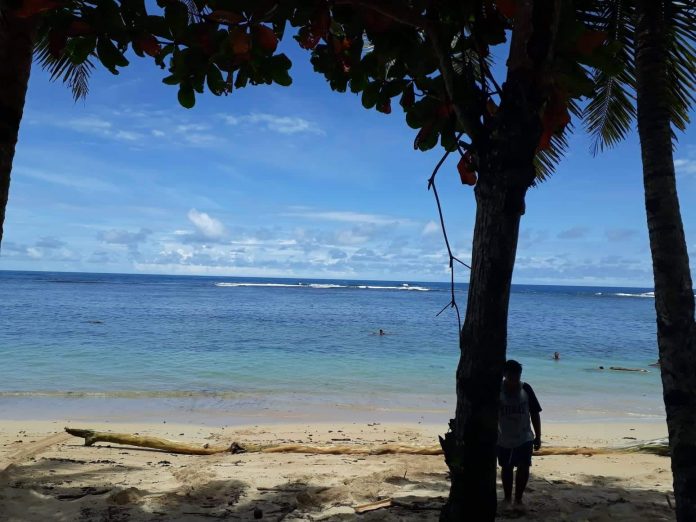 10 January 2019, Apia Samoa. The official search for a man who was taken out to sea at Luatuanuu last Thursday has been officially called off after six days.

This was confirmed by the Assistant Commissioner of FESA, Tanuvasa Petone Mauga in an interview with Samoa Global News.

“We responded and did a wide search on the first day which continued to the next day as well,” he said.

“We have worked together with the Ministry of Police as well as the matais from the village and we have searched all possible areas that we could think of to see if he hadn’t drifted to those areas.”

40-year-old Va Tua was taken out to open sea by strong currents while he was swimming with 2 of his friends last Thursday 3rd January.

The tragic incident claimed the life of Isaia Fogatia, father of 5 whose body was found on the same afternoon while the third man Henry Sanele now seems to be the lone survivor.

Samoa Global News caught up with 18 year old Henry Sanele at Luatuanuu and found him on the beach once again hanging out with his friends.

Police Commissioner Fuiavailili Egon Keil said that the search was extensive and that Samoa Police had worked alongside FESA, village matais as well as private boat owners who had stepped in to help.

“Everyone is exhausted from the search and unfortunately there was no luck in finding the body of the man,” he said.

“We have been searching since last week Thursday and still no luck so the search was called off after a long week of searching.”