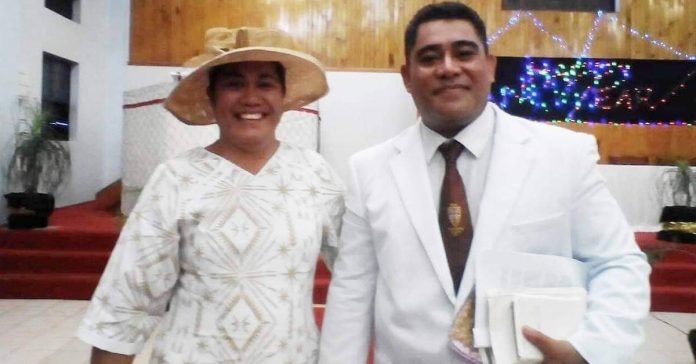 The Vaiala Congregational Christian Church EFKS pastor, Reverend Iese Uele has shared his experience of having to stand in a court room and respond to charges following the EFKS Fonotele Conference decision to reject the Government tax reform that requires faifeaus to register and pay taxes on income received.

Reverend Iese Uele is one of several pastors of the EFKS who appeared in court last month charged with failing to file tax returns and failing to withhold tax.

Speaking to Samoa Global News Rev. Iese said his experience inside the court room was surreal.

“It was very challenging, especially because it is something that we never expected would happen to us in ministry,” he said.

“We never thought we would be facing court charges as we serve in the ministry, but somehow we have been taken to court for not paying taxes.”

Even though the experience took him by surprise Rev. Iese said that as an ordained EFKS faifeau, his position is to stand by the decision made by church elders.

“We have to face whatever the consequences are for the Church’s decision.

“This has come from the decision to reject the government tax.  The very branch that makes that decision is the faifeaus at the fonotele. We have to stay and remain loyal. We have to stick to what the Church has decided.

“We the faifeaus have to stand up firmly, united, even if that means to set ourselves against the law.

“So whatever is needed to implement the Church decision, we have to do it. Whether it’s facing the court and as I said before it’s something new and definitely it is something we didn’t expect but if that is what it takes, then we will do it.”

Rev. Iese went on to explain that it is only the Fonotele that can overturn the decision to reject the new tax law.

“If the church decides to change its stance then we will follow but that decision was made by the fonotele, and the only forum that can change it is also the fonotele.”

EFKS General Secretary Rev Vavatau Taufao has repeatedly confirmed the Church’s decision to stand against the government’s move to tax the income of faifeau.

More than 10 pastors appeared in the District Court last year in December,  each facing two charges of failing to file tax returns and failing to withhold tax. They are scheduled to re-appear in court on the 25th of this month and enter their pleas.