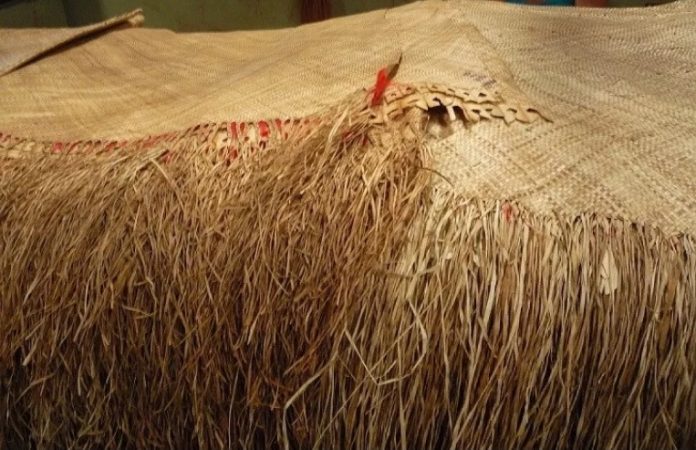 11 April 2019, Apia Samoa. A mother in Siumu knelt at a traditional ifoga in the early hours of this morning after an alleged stabbing incident last night that involved her 20-year-old son and another male from the same village.

The young man accused in relation to the incident was taken into police custody last night and the victim is believed to have died at the scene of the crime.

The Samoan ifoga is a form of exchange where one family submits to a ritual of public humiliation in return for another family’s forgiveness after a serious offence has been committed. The term ifoga means to bow down and the act requires family members usually high chiefs to remain kneeling covered by fine mats, until the offended party accept by pulling the fine mats away.

A family member who participated in the ifoga this morning told Samoa Global News that it was an emotional experience for the mothers of both boys.

“O le tinā lea sa pulou i le ietoga and the mother of the victim walked up with the father to remove the ietoga;

(The mother of the victim said, ‘Please you don’t kneel to us, it is only God that we kneel to’ she said as they removed the fine mats)

“Both mothers were hugging and crying, it was very emotional.”

The family member told Samoa Global News that the traditional practice of ifoga is significant because it prevents further escalation of conflict between the families.

“There was a disagreement between the young men last night that led to this tragedy so it is important that there is no more retaliation and we make sure that the violence ends here,” he said.

“We were here just before daybreak and we were accepted into their home very quickly,” he added.

Police confirm that the suspect is in custody and is expected to be charged with murder.

“This is an unfortunate loss for both families but the police will do its part by following the law and charging anyone where there is clear evidence of committing a crime.”