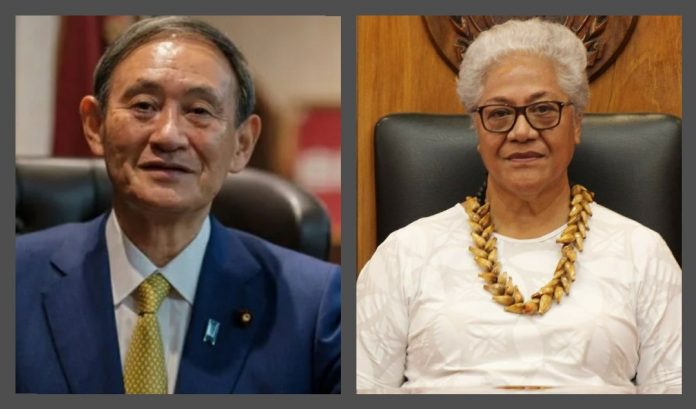 In his letter which reads below, Prime Minister SUGA extended his congratulations to Prime Minister Hon. Naomi Mataafa and expressed his intention to cooperate with her to further develop cordial relations between Japan and Samoa.

“On behalf of the Government and people of Japan, I would like to convey my warmest congratulations on your appointment as Prime Minister of the Independent State of Samoa.

Japan has long built deep cooperative relations with the Independent State of Samoa as friends connected by the Pacific Ocean, and as important partners in the international arena. I am confident that the Independent State of Samoa will further develop under your distinguished leadership, and Japan will continue our cooperation for the sustainable development of your country.

Japan will further strengthen cooperation with the Pacific Islands countries based on Japan’s Pacific Bond (KIZUNA) Policy, which was announced at the 9th Pacific Islands Leaders Meeting in early July. I look forward to working with you hand in hand towards realization of a Free and Open Indo-Pacific.
Please accept my heartfelt wishes for your good health and the further prosperity of the Independent State of Samoa.”