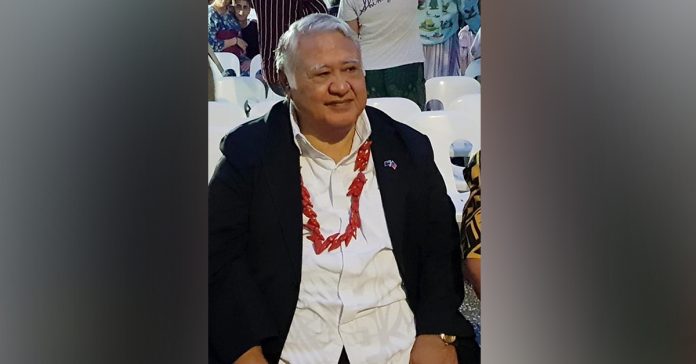 The 11,000 quota includes all RSE workers from Samoa and nine other Pacific Island Forum countries such as Tonga, Fiji, Vanuatu, Solomon Islands etc. participating in the temporary employment program to cater for New Zealand’s horticulture and viticulture labour demands.

The Samoan Prime Minister since 2014 has publicly urged the New Zealand Government to lift the quota noting that the RSE has more than serve it purpose by alleviating labour shortage in New Zealand for her horticulture and viticulture industry and at the same time injecting new money and hope for families in the islands.

At the end of the talks this week, Tuilaepa told Radio Samoa that he is mindful that the fate of any increase in the quota is in the hands of RSE Employers in New Zealand. To that end, he hopes to visit all the farms and businesses in New Zealand hiring Samoans to personally relay Samoa’s request to increase the intake of local RSE workers.

Ultimately, the Samoan Prime Minister is pushing for new employment opportunities for locals.

Recent reports indicate that a little over 2,000 Samoans are earning decent money in New Zealand under the umbrella of three different employment initiatives which the Samoa Government has secured.

The N.Z. Recognised Seasonal Employment (R.S.E.) scheme has a current cap of 11,000 workers.

And as one of nine recruiting Pacific Forum countries, Samoa has an estimated 1,800 workers employed under the Approval to Recruit (A.T.R.) visa for the R.S.E. Scheme.

The visa allows certified R.S.E. Employers in the horticulture and viticulture industries in New Zealand to recruit workers to work for their orchards/farms for a period of seven months.

But there are two other employment programs which the Government of Samoa is engaged in.

For instance, the 100 additional Samoan recruits who will be heading to the Land of the Long White Cloud to work for the Silver Ferns Farms, the largest meat processing company.

Since 2007, the special work visa arrangements have been operating as a separate program under the Government of Samoa in recruiting workers suitable for the meat industries.

The 100 will complement the 100 plus Samoans already on the Silver Ferns payroll.

The Samoan meat processors are recruited under the Approval in Principal (AIP) visas which mandates a 10-month contract subject to renewal at the discretion of the company.

Samoa is also privileged enough to secure job opportunities under the Pacific Partnership Program (P.H.P.) where employers are recruiting carpenters from Samoa.

This initiative was rolled out last year and has paved a way for our skilled workers to secure job opportunities in New Zealand, under the auspices of the New Zealand Ministry of Business Innovation and Employment (M.B.I.E.) with Samoa’s Ministry of Commerce Industry and Labour (M.C.I.L.) as their local counter-part and implementing agency.