Six people have been seriously injured in a car accident at the four corners infront of the cricket field at Tuanaimato near Farmer Joe’s Supermarket.

A Frankie Wholesale truck lost control coming down the hill from Aleisa Road towards the intersection. It crashed into an unsuspecting blue sedan at the four corners, taking the sedan with it into the cricket field.

The truck ended upside down on the cricket field, about 100 meters from the intersection. 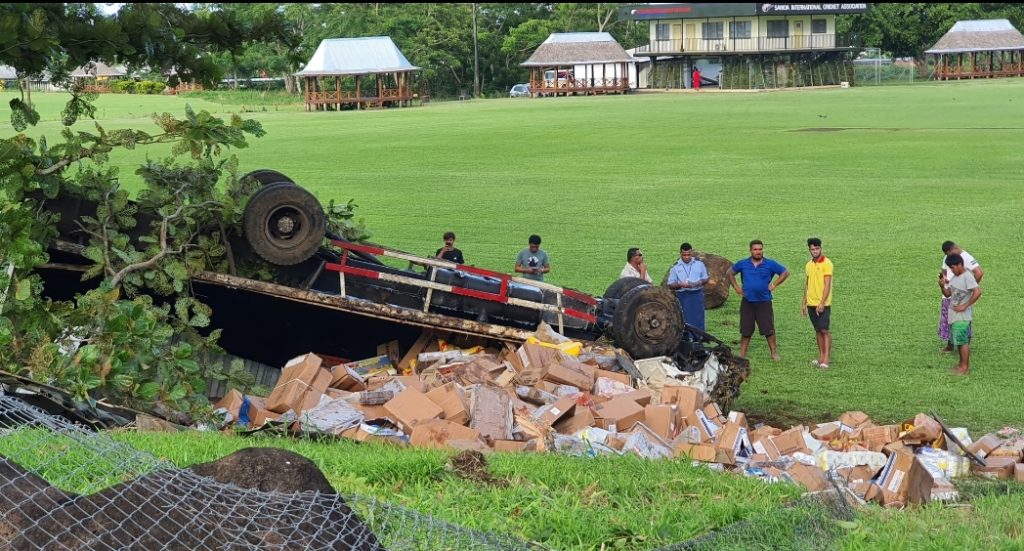 The passengers of the sedan, a man and woman, were seriously injured. Witnesses say the man was unconscious when taken out of the vehicle.

A witness who was shopping at Farmer Joe and saw the truck lose control as it approached the intersection, ran to help take the injured out of the vehicles.

He said the driver and three other male passengers from the delievery truck sustained serious injuries.

“I just can’t get over the blood. There was so much blood. I dragged one of the guys out and his face was covered in blood”. 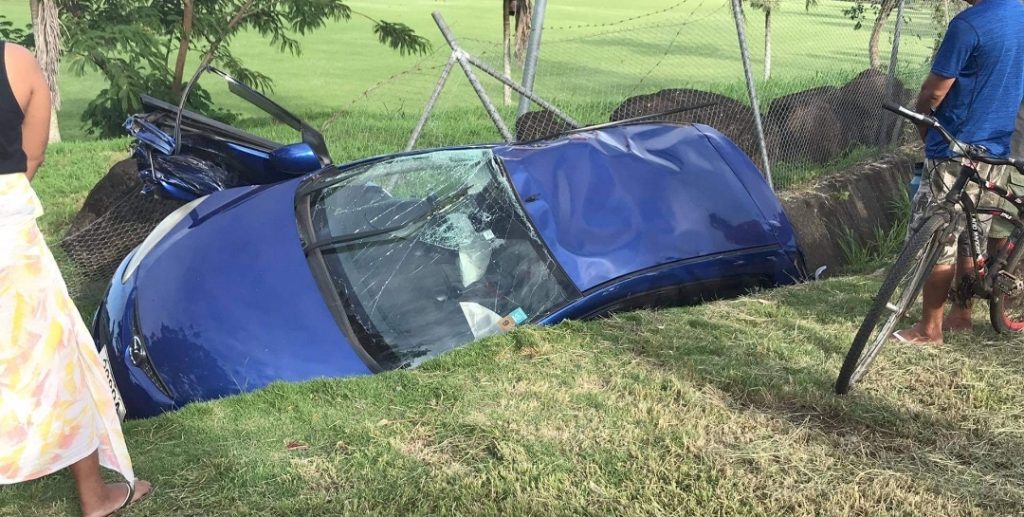 He said it was lucky a senior medical doctor had stopped to help and was seen trying to stabilise the injured.

“Dr Aisoli was on the road and he stopped to help. We could see him trying to resuscitate the man from the blue car…

“He was telling us what to do.. to turn people onto their side.. one guy had a big gashing wound on his arm and he tore a shirt to tie around it to stop the bleeding..”

The sedan was traveling from Siusega, going towards town when it was hit by the truck at the intersection. The impact made it face the opposite direction, lying in the ditch. 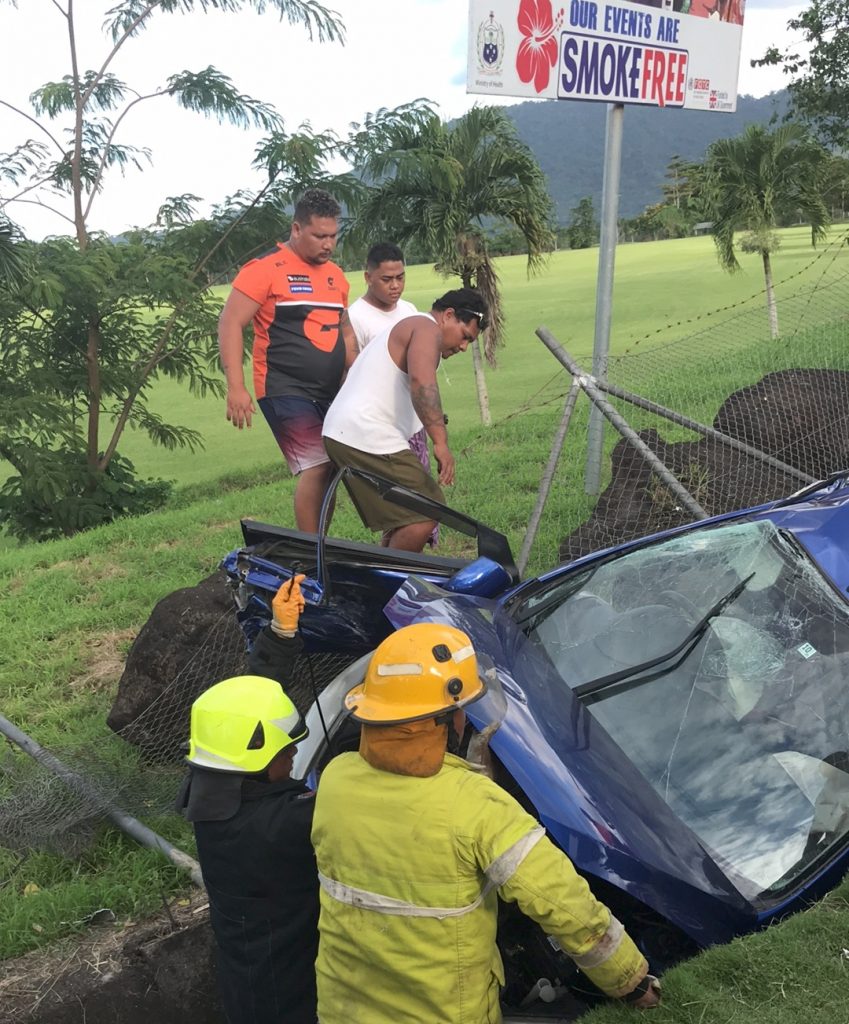 “They were going waaaay too fast for a truck carrying that much stuff on it,” said one witness.

“Infront of Farmer Joe on the road not far from the Catholic Church gate, there’s that bump on the road …that’s where they started swerving, the guys in the truck .. they were going so fast and they literally almost tilted to the side, but they kept going on the side of the road…

“You’ll see the tracks on the side of the road .. because as they were approaching the 4-corner, I think they realised they couldn’t brake especially with how fast they were going..”, explained the witness in detail.

“When the two cars finally stopped, it was so scary to hear them screaming… the guys in the truck and the bystanders..”, the witness added.

Another Frankie Wholesale truck arrived to take the goods spread out across the cricket field.

Bystanders commented and joked that the goods should be distributed amongst them, and better not be put back into freezers and sold to the public.

Police investigations continue into the incident.