Samoa’s third report to the Council was submitted in November 2021. Previous reports were submitted in 2011 and 2016.

In a press release, the Office of the Ombudsman states a total of 11 CSOs took part in the workshop this week, providing alternative reports to contribute towards the process. “The alternative reports with various recommendations from Samoa’s CSOs greatly influenced the overall recommendations issued by UN member states and consolidated in a report by the UPR Working Group (WG).

“Overall, a total of 8 submissions were submitted from more than 15 local Civil Society Organisations”. 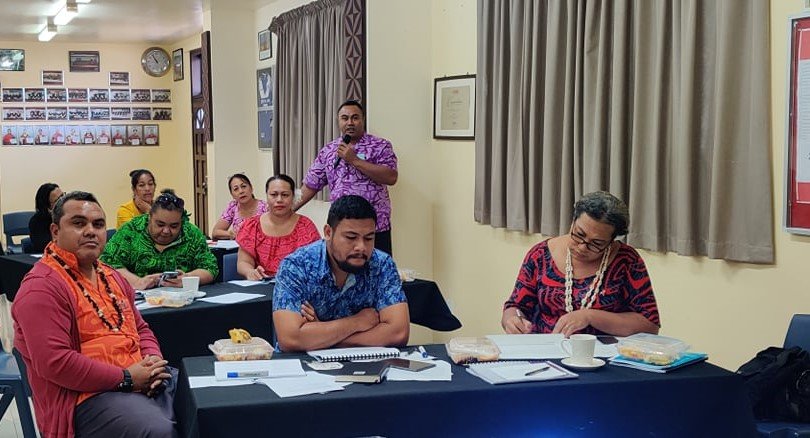 In March 2022, the Working Groups’s report will be officially adopted by the Human Rights Council. During the formal adoption of the report, an opportunity will be given to the State to respond to the recommendations, with NHRI Samoa and CSOs able to make interventions.

The WG’s report contains a total of 145 human rights-related recommendations from UN member states for Samoa to look into implementing.  “Out of the 145 recommendations, 112 have been supported by Samoa and 33 noted”.

Following the adoption of the report, the state will commence its implementation work. CSOs as well as NHRI Samoa have a crucial role to play in monitoring and following up on the progress of the State’s implementation efforts. Feedback from this will help inform Samoa’s next UPR scheduled for 2026.

The monitoring and follow-up work by CSOs will involve CSOs/NGOs taking stock of the recommendations, and look at ways to continue to lobby the implementation of the adopted recommendations in the next 5 years.

The Ombudsman, Luamanuvao Katalaina Sapolu said in her opening remarks that the effective implementation of the recommendations from UN member states would be difficult and, in many instances, impossible without the involvement of Civil Society Organisations. “Thus, the groundwork set today to 2026 will greatly assist CSOs to monitor and follow up in preparation for 2026 UPR and other upcoming treaty body reporting..

“As Samoa implements the recommendations from UN member states between now and the next UPR in 2026, NHRI Samoa will continue to play its part in the information and experience sharing, consultation, and regular dialogue to ensure that CSOs are given the support to engage with international human rights mechanisms and maximize opportunities to advance shared goals and interests that are advocating, promoting and monitoring human rights” said Luamanuvao.

Ms. Momoko Nomura of the OHCHR Pacific Regional Office congratulated the CSOs in their participation in the UPR process last year and encouraged them to conduct regular monitoring and follow-up to keep track of the implementation of UPR recommendations, hold the Government to account for the human rights commitments made, encourage implementation, as well as make CSO work more effective.

At the end of the workshop participants were able to identify UPR recommendations that were consistent with those made in their alternative reports and with their own mandates. CSOs were also able to put together a roadmap to help guide their monitoring and follow-up work from now to 2026.

Finally, CSO was also informed of reporting processes for treaty bodies and how they can contribute especially to the upcoming reviews for Samoa by treaty bodies including CRC, CEDAW, CRPD, and others scheduled for this year.

The Ombudsman’s Office acknowledged the support and technical assistance of OHCHR Pacific and all CSOs who participated in this week’s workshop.