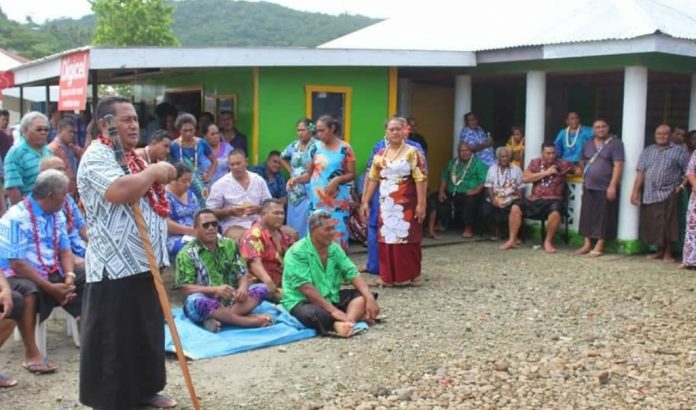 In a press statement issued this afternoon, Samoa’s Attorney General Savalenoa Mareva Betham Annandale clarifies provisions of the newly passed Lands and Titles Act 2020, stating, “the decision for both bestowal and removal of a matai remains with the family, as it should be”.

The Attorney General was responding to reports claiming: “the Government are the only ones to approve a matai title, then it is up to them what to do to that matai”.

“The Government DOES NOT play any role in the bestowment or removal of a matai title,” reads the statement.

“Under the repealed Act (1981), section 20B provides that a sa’o or suli may petition the Court to remove a matai title on 3 grounds:
1. Bringing disrepute to the family, village or community;
2. Failure to properly perform the duties of the matai; or
3. Being convicted of a serious crime that is punishable by life imprisonment.

“In the New Act (Lands and Titles Act 2020) the three grounds for removal of a matai title are found under section 14:
1. Bringing disrepute to the family, village or community;
2. Failure to properly perform the duties of the matai; or
3. Being convicted and serving an imprisonment sentence.

Savalenoa says provisions of the New Act ensures there is family consensus before a petition to remove a title can be considered by the Courts.

“Under the New Act a sa’o or suli may still petition the Court to remove a matai title, and it is also on 3 grounds, however the difference is under the New Act, a petition by a sa’o must be
supported by a consensus of the family – under the Repealed Act there was no such requirement,” says Savalenoa.

“This means a sa’o would have been able to make a petition on his own… This new requirement is to safeguard and provide protection to matai title holders”.

The AG also provides a clarification on the misunderstood requirement relating to a person who has been convicted of a crime or has served time in prison.

“What is clear is that a petition for removal of a matai title, is not only by the family themselves, (sa’o and suli) but must also be made on the consensus of the suli”, continues Savalenoa.

“Furthermore, even if a person has served an imprisonment term, if the family wishes to bestow that person with a matai title, they can”.

The Attorney General reiterates there is nothing in the newly enacted laws that brings the State into the process.

“Government DOES NOT play any role in the bestowment or removal of a matai title”.