Argentina came back from a 12-point half-time deficit to produce a stunning 14-12 win in the men’s final against hosts New Zealand at the Hamilton round of the 2022-23 World Rugby Sevens Series.

The Pumas turned the tables on the All Blacks and denied New Zealand a double in Hamilton, after the NZ women’s side took out the Championship with a 33-7 win over USA.

The men’s team looked set make it a double with a 12-0 halftime lead over the Pumas with first half tries to Akuila Rokolisoa and Roderick Solo.

However, the determined South Americans regrouped at halftime and responded with two tries of their own from Santiago Alvarez and Marcos Moneta. With both tries converted, Argentina secured their first ever tournament win on New Zealand soil.

“I’m so happy,” said Argentina captain Gaston Revol at his post match interview with a huge smile on his face.

“This team has been working so, so tough. Beating New Zealand in New Zealand is history for us. We’ve written history today..

“We knew that the final was going to be really tough. We made a really bad start but we said we were going to do our best in the second half,” Revol said.

The match ended on a contentious note when New Zealand’s Brady Rush looked to have ground the ball with his elbow after the final hooter.

However, a closer look from various angles of video footage showed the NZ player did not ground ball and the TMO ruled a no try, to the disappointment of a 19,000-strong Hamilton home crowd.

New Zealand’s Joe Webber was lucky to avoid a red card for his late swinging arm around the neck of Argentina’s Agustin Fraga.

Fraga left the field for a head injury assessment and was unable to continue. The referee ruled it was only a yellow card infringement to the protests of Argentina players.

Argentina is now placed 3rd behind 2nd placed USA on the World Series table while New Zealand take up the top rank as the tournament heads to Sydney.

Samoa and South Africa are forced from their first placed rank but have done enough to finish 4th and 5th respectively.

Fiji moves down from 7th to 8th and France are placed 6th.

At the completion of both the men’s and women’s world series in May, the top four countries – excluding hosts France – will qualify for the 2024 Olympics. 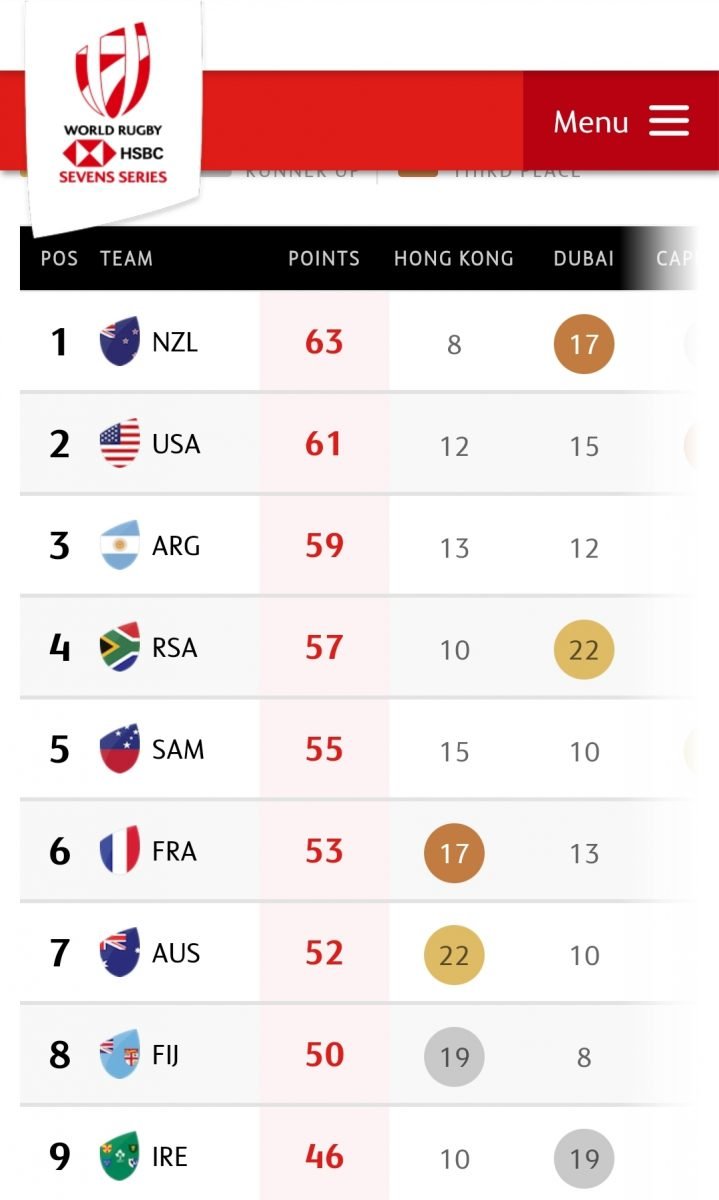