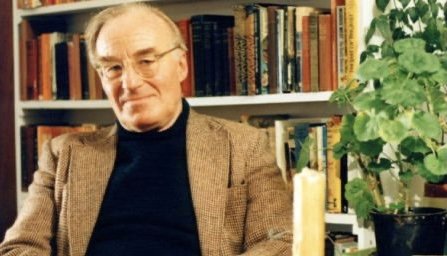 On May 28, 1961, the British newspaper The London Observer publishes British lawyer Peter Benenson’s article “The Forgotten Prisoners” on its front page, launching the Appeal for Amnesty 1961—a campaign calling for the release of all people imprisoned in various parts of the world because of the peaceful expression of their beliefs. The movement later became Amnesty International.

Benenson was inspired to write the appeal after reading an article about two Portuguese students who were jailed after raising their glasses in a toast to freedom in a public restaurant. At the time, Portugal was a dictatorship ruled by Antonio de Oliveira Salazar. Outraged, Benenson penned the Observer article making the case for the students’ release and urging readers to write letters of protest to the Portuguese government. The article also drew attention to the variety of human rights violations taking place around the world, and coined the term “prisoners of conscience” to describe “any person who is physically restrained (by imprisonment or otherwise) from expressing … any opinion which he honestly holds and does not advocate or condone personal violence.”

“The Forgotten Prisoners” was soon reprinted in newspapers across the globe, and Berenson’s amnesty campaign received hundreds of offers of support. In July, delegates from Belgium, the United Kingdom, France, the United States, Germany, Ireland and Switzerland met to begin “a permanent international movement in defense of freedom of opinion and religion.” The following year, this movement would officially become the human rights organization Amnesty International.

Amnesty International took its mandate from the United Nations Universal Declaration of Human Rights, which holds that all people have fundamental rights that transcend national, cultural, religious and ideological boundaries. By the 10th anniversary of the Appeal for Amnesty 1961, the organization it spawned numbered over 1,000 voluntary groups in 28 countries, with those figures rising steadily. In 1977, the organization received the Nobel Peace Prize.

Amnesty International owes much of its success in promoting human rights to its impartiality and its focus on individuals rather than political systems. Today, Amnesty International continues to work toward its goals of ensuring prompt and fair trials for all prisoners, ending torture and capital punishment and securing the release of “prisoners of conscience” around the globe.