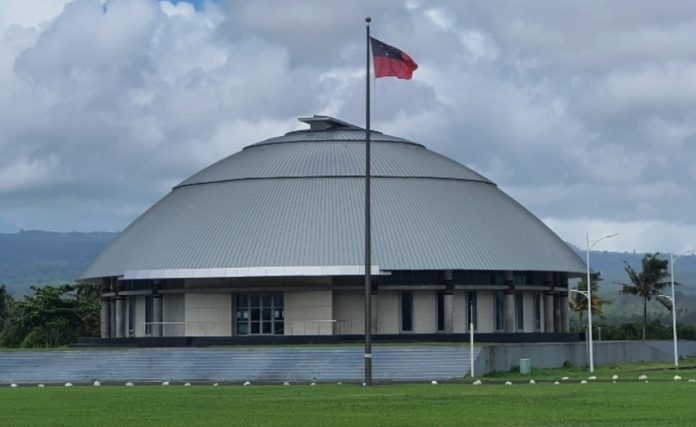 Apia, 1 March 2021 – With the election period drawing near, the Office of the Ombudsman also Samoa’s National Human Rights Institute, highlights certain behaviors which “can compromise the integrity of the electoral process and lead to elections not being free or fair“.

In an official statement issued just 5 weeks out from the April 9th general elections, the Ombudsman draws attention to various developments causing concern with regard to the individual’s right to properly participate in the upcoming elections.

“Some of these developments include village council activities that may be discriminatory or coercive of the individual in their effect; and campaign committees influencing voters’ preference by unscrupulous means including bribery,” states the Office of the Ombudsman.

“These activities impact upon the right of voters to choose who they want to represent them in public office”.

The Ombudsman reiterates that free will to choose your representative in Parliament is at the core of Samoa’s democratic process as an independent nation, and reminds Samoa of fundamental human rights that must be upheld and protected at this time…

“It is incumbent upon all in authority to protect and safeguard the right of the people of Samoa to have free and fair elections;

“The Office takes the opportunity to remind, the right to take part in the conduct of public affairs, including the right to vote and to stand for elections is at the core of democratic governance based on the will of the people;

“Genuine elections are a necessary and fundamental component of an environment that protects and promotes the human rights of all”.

The Ombudsman reminds campaign committees, the Village Fono of matai, as well as candidates to respect citizens’ individual voting rights, warning that it is unlawful to coerce or try to influence voters.

“The Office acknowledges the authority of the Village Fono in village affairs as provided by law. In that Samoa is a democratic country, the individual’s right to vote freely in fair political elections must not be hampered in any way”, warns the Ombudsman.

“Improper actions and conduct during the election period are prohibited by law under Parts 12 and 13 Electoral Act 2019.

“They include among other things, interfering with or unlawfully influencing voters, publishing defamatory matter at election time, bribery, treating, and undue influence..” states the Ombudsman.

Samoa is reminded that the absence of adequate protection against laws and fundamental human rights can compromise the integrity of the electoral process and lead to elections not being free or fair..

“Article 21 of the Universal Declaration of Human Rights provides that everyone has the right to take part in the government of his/her country, directly or through freely chosen representatives:

“This right is elaborated further in Article 1 of the International Covenant on Civil and Political Rights of which Samoa is a party;

“Free and fair elections facilitate the exercise of other associated citizen rights including freedom of opinion (Art 19(1) ICCPR) which allows for the authentic assertion of popular will, and also freedom of expression and information (Art 19(2) ICCPR) which enables citizens to express partisan ideas and political will”.

Samoa is reminded that the  Constitution reflects and protects these rights to ensure that citizens are able to live and participate freely and fully in the democratic society that is Samoa..

“Accordingly, the Office urges Campaign committees, the Village Fono, and candidates to respect citizen’s individual voting rights to ensure that we honour in our country the protections expressed in our domestic law and required by our obligations in human rights under the International Covenant on Civil and Political Rights”.