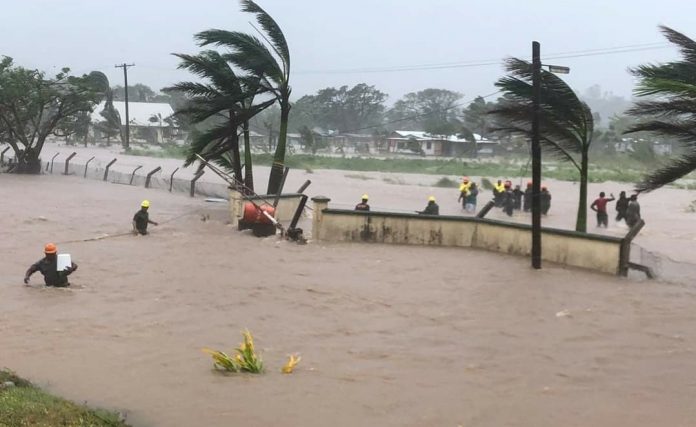 Tropical Cyclone Ana has claimed one life in Fiji, a 49 year old man reported to have drowned.

The National Disaster Management Office (NDMO) also said there were five people missing including a three year boy from Lautoka who hasn’t been seen since yesterday.

The other four are fishermen who had gone out earlier in the week as the storm developed, two from Cikobia, Vanua Levu and the others from Vatuwaqa near Suva.

TC Ana is moving south-southeast at about 13km/hr across Fijian, and was located 70 kilometres North-Northeast of Kadavu around 3pm Sunday afternoon.

Still a Category 2, destructive storm force winds with average speeds of 100km/hr and momentary gusts of up to 140km/hr are forecasted to affect the interior and eastern parts of Viti Levu from Rakiraki to Suva to Navua, Lomaiviti Group, Vatulele, Beqa, Kadavu and nearby smaller islands, Matuku, Totoya and Moala. 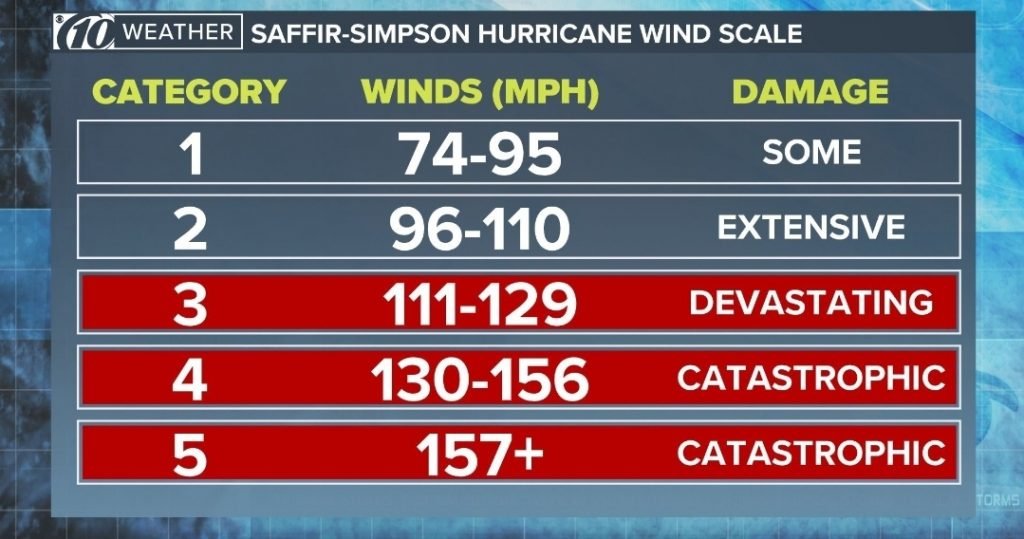 The National Disaster Management Office have just 2 hours ago responded to rescue a family from Salababa, Waila following an SOS call from a relative who posted their details on Social Media.

The NDMO acknowledged and thanked the Fiji Police Force, and police divers for their assistance to rescue the family and evacuate them to safety.

There are power and water outages in some parts of Fiji.

Fiji’s Director of the National Disaster Management Office, Vasiti Soko said “Energy Fiji Limited and Water Authority of Fiji have advised that their crews will be mobilised after TC Ana has passed, please bear with them for now.”

Ms Soko advised the public to stay away from fallen powerlines and to call Energy Fiji Limited on 913 for emergencies.

Fijians affected by the disruption of water supply are advised to boil drinking water to reduce risk of waterborne diseases.

TD07F could result in more flooding in the coming days.

The system is currently situated far Northwest of Fiji but is projected to follow the same path at TC Ana.

The system has a moderate to high chance of developing into a Tropical cyclone.

As reported by the Fiji Meteorological Services..  “Significant damage to trees, weak structures and houses, heavy damage to crops, power failures and small crafts may break moorings due to storms force winds…

“Periods of heavy and thunderstorms will continue to bring floods to roads, villages, towns and communities near streams, rivers and low lying areas…

“Poor visibility in areas of heavy rain and thunderstorms..

“For the rest of Fiji: damaging gale force winds with average speeds of 85km/hr and momentary gusts of up to 120km/hr..

A tropical cyclone warning remains in force for the whole Fiji group.

A flood warning remains in force for all low lying areas and areas adjacent to small streams and major rivers of Fiji.

A flash flood warning remains in force for all low lying areas and areas adjacent to small streams and creeks for Fiji.