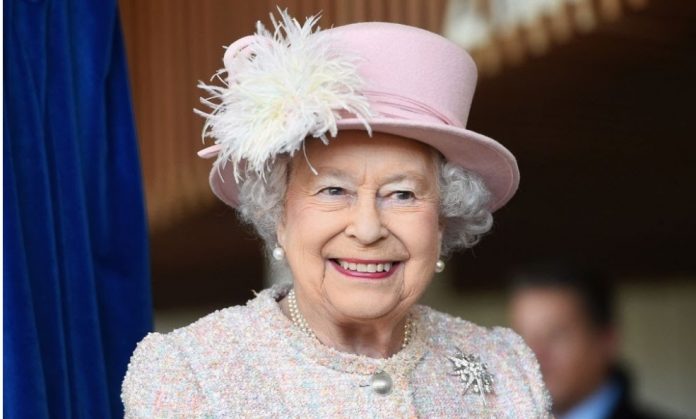 On 23 May 2016 (at the age of 90 years, 32 days), her reign surpassed the claimed reign of James Francis Edward Stuart (the “Old Pretender”) and the longest-reigning female monarch in world history.

Queen Elizabeth II became the longest-reigning monarch in British history with 63 years and 216 days on the throne, surpassing the record set by her great-great-grandmother Queen Victoria.

Elizabeth has been the monarch during the office of 12 British prime ministers — from Winston Churchill through to the current Conservative leader, Cameron — as well as 12 U.S. presidents.

Elizabeth II became queen in 1952 when she was just 25 years old. At the time, Harry Truman was president and Josef Stalin ruled the now-nonexistent Soviet Union.

Prime Minister David Cameron described her reign as a “golden thread” running through generations of British society as he acknowledged the historic milestone during a speech in the House of Commons.

“Her Majesty the Queen inspires us all with her incredible service, her dignified leadership and the extraordinary grace with which she carries out her duties,” he said, adding that it was “truly humbling” to take stock of how she had dedicated her life to the nation.

Scotland’s First Minister Nicola Sturgeon also praised the queen’s “exemplary sense of public service” and offered her a “simple, but heartfelt, thank you.”

Despite the significance of the occasion in 2015, the queen wanted the day to be “business as usual,” and no special fanfare was planned.

This is believed to be partly out of respect for Victoria and the memory of Elizabeth’s father.

“She wanted to keep it low key because in many ways, we are marking the death of her father,” said Robert Jobson, author of “The Future Royal Family” and royal editor of London’s Evening Standard newspaper.

“She is quite a shy person and dedicated to what she does. But it’s a hugely significant moment. She is the symbolic figurehead of the nation, rather than just being head of state.”

The queen made note of the milestone she had reached but admitted, “It is not one to which I have ever aspired.”

“Inevitably, a long life can pass by many milestones. My own is no exception,” she added before thanking people for their touching messages.

Princess Elizabeth became queen on Feb. 5, 1952, when her father, King George VI, died. She was in Kenya at the time, having left the country as a princess and landing back in Britain a queen.

But several years earlier, she had already acknowledged that hers would not be an ordinary life, and she conveyed her dedication to the role she had been born into.

During a broadcast to the Commonwealth to mark her 21st birthday, the princess pledged that her “whole life, whether it be long or short, shall be devoted to your service.”

Cameron, who noted that the queen had been reigning for 14 years before he was even born, said in the House of Commons that it was one thing for a 21-year-old to make such a statement, but an entirely different thing for someone to stand by that pledge for more than six decades.

He added that going to see her after an election to ask her permission to form a government and also attending their weekly private meetings were enjoyable, inspiring and humbling perks of the job.

The palace released a new photo of the queen taken in July by Mary McCartney, the daughter of Paul McCartney. She is seen sitting at her desk in her private audience room with an official red box in front of her containing government papers.

The prime minister said the queen has answered 3.5 million pieces of correspondence during her reign. She also has made hundreds of overseas trips to more than 110 countries, including to post-apartheid South Africa.

Buckingham Palace noted that she carried out the first state visits by a reigning monarch to China and Russia, and was the first to visit the Republic of Ireland.

The queen’s son Prince Andrew said the secret to his mother’s successful reign was “consistency and sound leadership.”

“It’s a milestone in U.K. terms, but as far as her consistency in leadership, it’s a normal run-of-the-mill day, to some extent,” he said, adding: “It’s just one day in her reign.”

During her six decades in power, Elizabeth has endured some turbulent personal times, most notably the death of her former daughter-in-law, Princess Diana, in a Paris car crash in 1997.

It was a low point in her popularity with the British public amid widespread feelings that she initially exhibited a cold response to the tragedy.

Her popularity has seemingly soared in recent years.

She was widely praised for agreeing to appear in the London 2012 Olympics Opening Ceremony during a filmed scene in which she starred next to Daniel Craig as James Bond.

And during celebrations to mark her Diamond Jubilee in 2012, crowds packed outside Buckingham Palace waving Union Jacks.

Elizabeth and Philip have been married for nearly 70 years and have four children, eight grandchildren and five great-grandchildren, including Prince William and Kate Middleton’s two infants: Prince George and Princess Charlotte.

Even though Wednesday’s events were small scale, large celebrations are being planned next year to mark the queen’s 90th birthday.