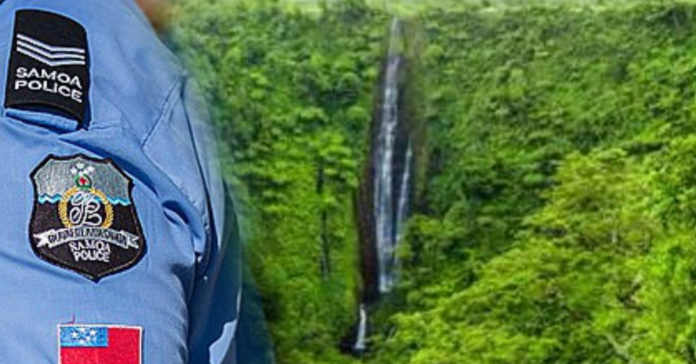 09 April 2019, Tiavi Upolu Samoa. Samoa Police and the Fire & Emergency Services Authority are conducting a search in the area of the Papapapaitai Tiavi Falls following reports that a womans body may have been thrown over the lookout point into cliffs earlier this evening.

A source told Samoa Global News that a witness, a young man, had seen a vehicle park up by the lookout point.

“He said a man and a woman got out of the car, then a woman was heard screaming before the vehicle took off in a rush.”

Responding to questions from Samoa Global News, Police Commissioner Fuiavailili Sua Egon Keil confirmed that as of 11pm the rescue team had not found a body.

The Commissioner says that they have a suspect and a vehicle description.

“We are looking for a suspect vehicle that left the scene prior to our arrival;

“We are following up on the registered owner’s address. Although we have limited info, we do have a suspect and a vehicle description;

Commissioner Sua Egon Keil says that their units have been searching for the vehicle while others remain at the incident scene for the search and aslo confirms that the victim is supposed to be a female.”