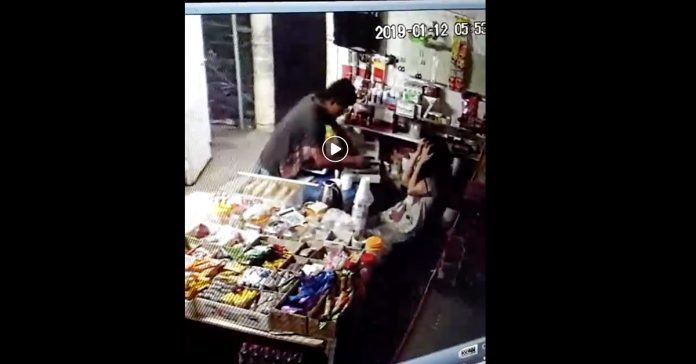 16 January 2019, Apia Samoa. Police have charged and arrested a man for assaulting a cashier at a Falelauniu store over the weekend.

The incident was captured by the store’s security footage publicised by the shop owners in efforts to find the perpetrator.

On the video footage reposted here, a man is seen punching the cashier in the face and fleeing with cash that he had grabbed out of the cash register.

Police have confirmed that the video footage is of the same incident and say that a 21-year-old man of Figāsavaii and Vaitele has been charged with ‘assault with intent to rob’. He has been remanded in custody to await court mention scheduled for 22 January 2019.

The nine second footage shows the defendant standing at the counter looking over an unsuspecting female cashier.  After a few seconds he threw a punch hitting the cashier on her face and while the victim was holding her face the defendant reached into the cash register and then ran off.

Admin - October 6, 2021
Digicel have partnered with Coca-Cola for a Fantastic MyCash White Sunday promotion. All customers using MyCash services will get a free 330ml can of Coca-Cola...

“You Are My Hero Too, Mana”