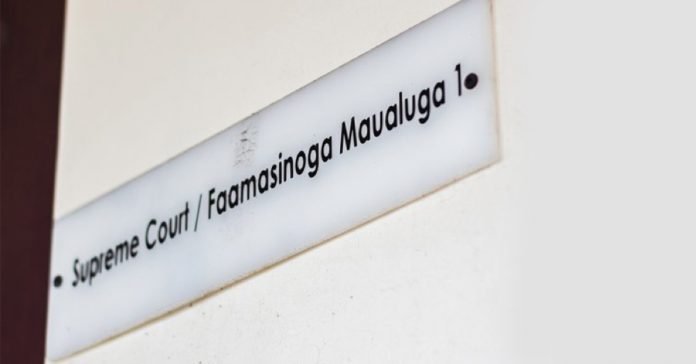 (GOVT. PRESS SECRETARIAT); The Lands and Titles Bill 2019 before Parliament must be subjected to public scrutiny not once but twice and even three times, Prime Minister Tuilaepa Lupesoliai Dr. Sailele Malielegaoi moved in his motion for the proposed legislation before it passed in second reading by parliament Monday this week.

To support his motion, the Prime Minister stressed that the bill represents the audible concerns raised by the public in terms of setbacks and woes within the Judiciary Branch in the processing of court cases.

“For the record, this law is an initiative recommended by a Special Inquiry Committee endorsed by Cabinet as the Ministerial response to endless public complaints related to how cases were delayed and dealt with by the Judiciary Branch,” the Prime Minister told parliament.

“It’s not an initiative by this administration or the Executive Branch as I continue to hold the highest of respects for democracy when it comes to checks and balances between the Judiciary, the Legislative and Executive Branches.

“Also Government continues to be under the public microscope when it comes to land issues as we have witnessed with the uninformed campaign questioning the LTRA 2008 instigated by a group of so call land reform freedom fighters,” continued the Government Leader.

“As I have repeated stated in public, there are political ulterior motives behind this campaign of mis-information with the organisers forming a Political Party eyeing the 2021 General Elections. 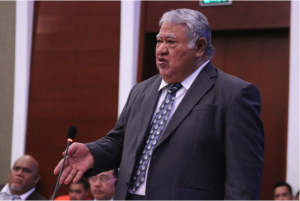 “That is why it is vital in the eyes of the government for the bill (Lands and Titles Bill 2019) to undergo due diligence and exhaust all opportunities for the public and any Samoa to be afforded the opportunity to have their say during the review of this legislation.”

While this will give petitioners a further avenue of appeal, it will also keep all appeals within the Land and Titles court, with no possibility of a judicial review in the Supreme Court as is the current practice.

The memorandum says the Legislative Assembly had passed a resolution to establish a Special Inquiry Committee to consider the rules and procedures of the Lands and Titles Court and to make recommendations to improve it, particularly in terms of transparency and accountability.

It also charged that the process be designed to discourage the adjournment of cases and to establish guidelines and transparent processes to appoint Lands and Titles Court judges for periodic terms.

The Explanatory Memorandum tabled in parliament provides background and details surrounding the Lands and Titles Bill 2019;

In June 2016, the Legislative Assembly passed a resolution to establish a Special Inquiry Committee (“Committee”) to consider the rules and procedures of the Lands and Titles Court (“LTC”) and to make recommendations to improve the Lands and Titles Court, specifically, rules and procedures of the LTC to be transparent and accountable.

The process should be designed to discourage the adjournment of cases and to establish guidelines and transparent processes to appoint Lands and Titles Court Judges on periodic terms.

2.1 To revise the Act and modify it to address some of the recommendations made by the Committee;

There are 82 clauses in the bill which the Prime Minister is adamant must be subject to thorough public scrutiny and he is encouraging public to be part of the democratic process by voicing their opinions when public hearings and forums are called during the parliamentary review process.

And copies of the legislation in both English and Samoa can be obtained from the Parliament of Samoa’s official website; http://www.palemene.ws