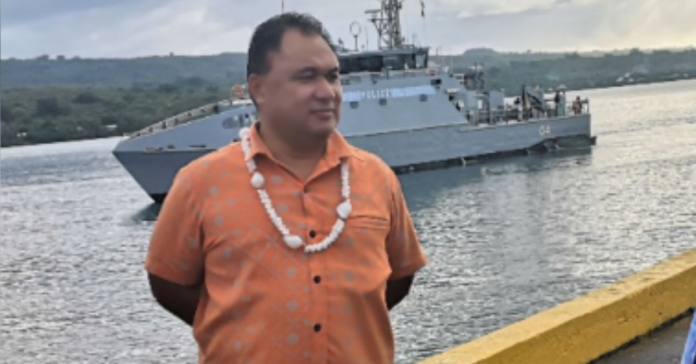 So’oalo Kuresa So’oalo today was reappointed by Cabinet to serve a second term as Chief Executive Officer to lead the Samoa Ports Authority.

After the due diligence process, Cabinet upheld the unanimous recommendation by the three member panel for So’oalo’s reappointment, over one other applicant who had applied for the post.

During his first term in office, So’oalo played a leading role in securing funding of USD$26.2 million to finance the Enhancing of Safety, Security and Sustainability of the Apia Port Project.

In addition SPA paid a total Cash Dividends of $9.5 million tala to Government during the last three fiscal years.

So’oalo holds a Master of Business Administration, (MBA) from the University of the South Pacific (2007) and a Bachelor of Commerce-Accounting B.Com from the National University of Samoa, (2000). He has been a member of the Samoa Institute of Accountants since 1998.

His education journey started at the Samauga Primary School in Savaii. He is a graduate of Leififi Intermediate School and Samoa College.

He started his working career as an Executive with the ANZ Bank and for 15 years served as Assistant General Manager of the Samoa Shipping Corporation (SSC) before his appointment by Cabinet in 2017 as CEO to lead SPA.