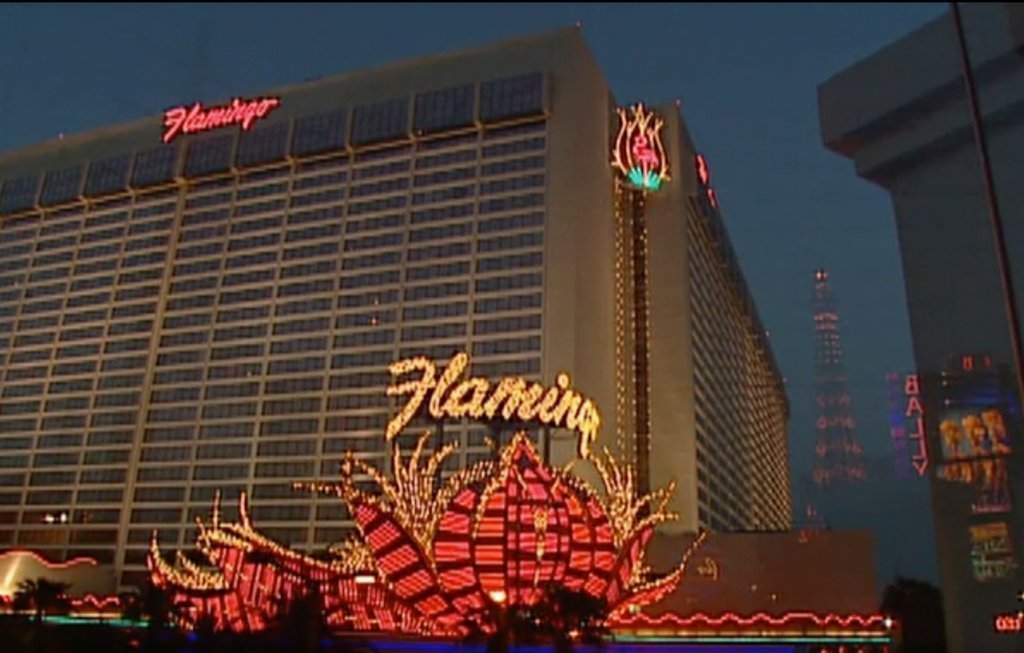 The grand opening, however, was a flop. Bad weather kept many other Hollywood guests from arriving. And because gamblers had no rooms at the hotel, they took their winnings and gambled elsewhere. The casino lost $300,000 in the first week of operation.

Siegel and his New York “partners” had invested $1 million in a property already under construction by Billy Wilkerson, owner of the Hollywood Reporter as well as some very popular nightclubs in the Sunset Strip. Wilkerson had wanted to recreate the Sunset Strip in Las Vegas, with a European style hotel with luxuious rooms, a spa, health club, showroom, golf course, nightclub and upscale restaurant. But he soon ran out of money due to the high cost of materials immediately after the war.

Siegel, who held a largest interest in the racing publication Trans America Wire, was drawn to Las Vegas in 1945 by his interest in legalized gambling and off-track betting. He purchased The El Cortez hotel for $600,000 and later sold it for a $166,000 profit.

Siegel and his organized crime buddies used the profits to influence Wilkerson to accept new partners. Siegel took over the project and supervised the building, naming it after his girlfriend Virginia Hill, whose nickname was “The Flamingo” because of her red hair and long legs.

Two weeks after the grand opening, the Flamingo closed down. It re-opened March 1, 1947, as The Fabulous Flamingo. Siegel forced Wilkerson out in April, and by May, the resort reported a profit, but it wasn’t enough to save Siegel.

Convinced that Siegel wasn’t giving them a “square count,” it is widely believed that his partners in organized crime had him killed while he was reading the paper June 20, 1947, at Hill’s Beverly Hills mansion. Hill was in Paris, having flown the coop after a fight with Siegel 10 days prior. The crime remains unsolved to this day.

Surviving a series of name and ownership changes, the hotel is known today as The Flamingo Las Vegas, owned and operated by Harrah’s Entertainment. The property offers 3,626 hotel rooms and a 77,000-square-foot casino.