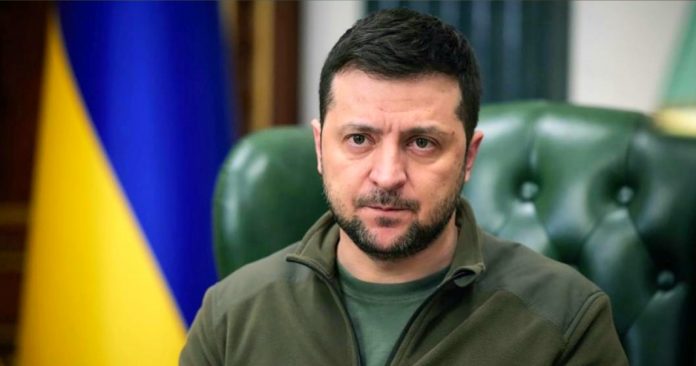 Zelensky: ‘I’m ready for negotiations’ with Putin, but if they fail, it could mean ‘a third World War’

Speaking to CNN’s Fareed Zakaria, Zelensky said he’s “ready” to meet with Putin, saying negotiations between the two leaders are crucial to ending the war that began when Russia invaded Ukraine February 24.

Zelensky said Sunday he’s “ready for negotiations” with Russian President Vladimir Putin and has been ready for the last two years, but warned that if they fail “that would mean that this is a third World War.”

“If there’s just 1% chance for us to stop this war, I think that we need to take this chance,” said Zelensky.

A spokesperson for Turkish President Recep Tayyip Erdogan, whose country has emerged as a key mediator in the conflict, said Saturday Putin is not ready to meet with Zelensky, though Turkish Foreign Minister Mevlut Cavusoglu told a Turkish newspaper Sunday he is “hopeful” a ceasefire agreement will come soon, according to a Reuters translation.

Zelensky has repeatedly called for a direct meeting with Putin over the last month, most recently saying “it’s time” for the two to meet, also seen in a Saturday video address. Sunday isn’t the first time Zelensky has invoked a warning about World War III, either, as he told NBC News on Wednesday a world war “may have already started.”

Russian and Ukrainian delegations have held multiple rounds of peace talks without any major progress thus far. On Tuesday, Zelensky indicated a willingness to concede on a key Russian demand, saying Ukraine must “accept” it will not be able to join NATO, though Ukraine has maintained it won’t agree to Russia’s demand of Ukraine becoming a neutral country like Austria and Sweden.

Kurt Volker, the former U.S. ambassador to NATO and special envoy to Ukraine, told CBS earlier this month he doesn’t expect Putin to end the war through negotiations, explaining: “We have to understand that Putin is bent on a military victory. He wants to destroy Ukraine, decapitate the leadership.”