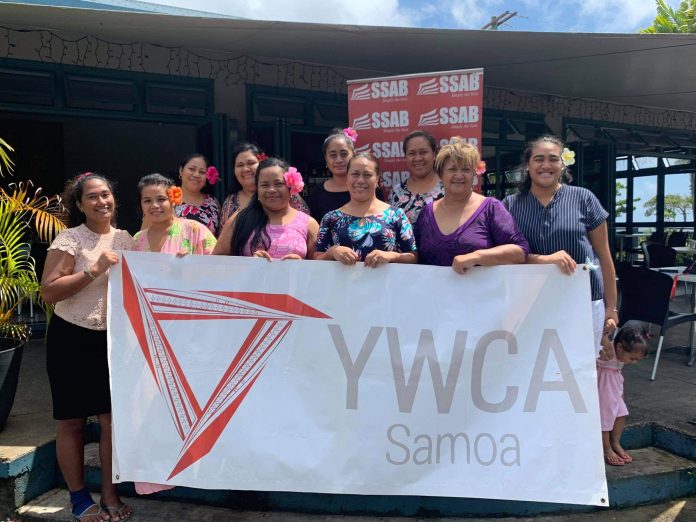 It was the first official meeting after the organisation was re-registered as a legal Incorporated Society with the MCIL Registry.

Former President Maiava Visekota Peteru was stepping down after serving as President for the past eight years. She congratulated the incoming President in her farewell speech.

“So many young women and girls of Samoa have benefited from the works of Samoa YWCA in the past years and having Taimalelagi as the first young woman President will bring greater influences and drive to the organization..”

Taimalelagi Ramona Tugaga has been a YWCA leader for more than a decade and before taking her new presidential role she was the General Secretary.

She holds other roles as a Board Member to the Pacific Islands Regional Multi-Country Coordinating Mechanism, Samoa’s Focal Point for Shifting the Power Coalition in the Pacific which is a Spotlight Initiative Reference Group. Taimalelagi is also the founder and Program Coordinator of Le Teine Crisis Center Trust.

Maiava also acknowledged the outgoing Board of Directors of YWCA who have worked effortlessly in reviving the organisation since 2012.

She also welcomed new board members and wished them well in their new roles.

YWCA is a non-government organisation established in 1974 for the promotion of programmes for young women in Samoa. The YWCA of Samoa is a member of a worldwide women’s volunteer membership inspired by the Christian faith (World YWCA).

The purpose of the YWCA of Samoa is to develop the leadership and collective power of women and girls in Samoa to achieve human rights, health, security, dignity, freedom, justice and peace for all people.

Samoa YWCA has reached more than 5k young women and girls of Samoa since its revival in 2012 through its programs and activities in empowering and strengthening the feminist movement in Samoa.