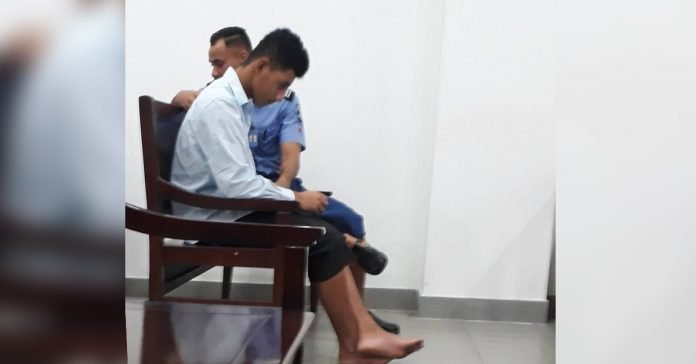 Faaletatau Maseiga of Falelauniu first landed in court last year on the charge of theft and burglary where he was ordered by Justice Tafaoimalo Leilani Tuala-Warren to attend the Alcohol and Drugs Court (ADC) program.

He failed to appear before the ADC despite his mother’s testimony that he did leave home every morning with bus fare to attend the Court ordered program.

While still on probation, Mr. Maseiga then re-offended and charged with theft as a servant and trespassing.

Last week Friday, Faaletatau’s mother pleaded with Justice Tuatagaloa that a second chance be given to her son.

Justice Mata Tuatagaloa considered the pleading request of the youths mother last week but did also send a stern message,

“This is your final chance if you don’t use it wisely, and your mother is here listening, you will be sent to jail,” concluded Justice Tuatagaloa.

In handing down the decision, Justice Mata Tuatagaloa sentenced the youth offender to 6 months imprisonment and 6 months under supervision.

Justice Tuatagaloa told the defendant that he had failed to use chances given by the Court and observed that it appeared from what his mother told the Court, that he does not listen to his parents.

Justice Tuatagaloa told the defendant that while he is in prison, he should learn a lesson and think about whether this is the path he wants to take for the rest of his life.