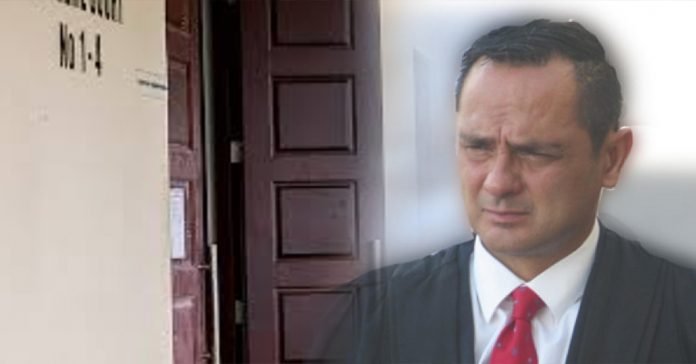 20 June 2019, Apia Samoa. A youth charged with three counts of sexual connection with a girl under 16 years old was given a second chance by Justice Leiataualesa Daryl Clarke after the Court heard that he was now married to the victim and they were expecting a child together.

Aukusitino Lomitusi was discharged without conviction after his lawyer Matafeo George Latu told the Court that a conviction would have an
impact on his client’s future.

After completing Year 10 he attended the Marine Training School and graduated with a Certificate II in Maritime Training after attending a 1 year course.

The Court heard that he is now waiting for a foreign vessel so he could work and care for his family.

As for the victim she is now residing with Lomitusi at his family at Saleufi and they are expecting their first child together.

She was 15 at the time of the offending while Lomitusi was 18. Matafeo told the Court his client is waiting to be employed on a foreign vessel and one of the conditions required by the application on foreign vessels is that the applicant must have a clean police record

“Your honour if he is to be convicted then his chance to be employed on a foreign vessel will definitely no longer be there,” he said.

“That for him is his future and his dreams will definitely go down the drain.”

During Justice Leiataualesa’s decision he said he found the gravity of Lomitusi’s offending in the lower end of the scale.

“I assess the gravity if the offending in this type of offending as lower end of the scale of this offending,” he said.

“The victim and the defendant were in a relationship and the age difference between them whilst not very close was also not particularly significant.

“The accused was approximately 18 years and 4 months old and the victim 15 years and 4months old when the offending occurred.”

Justice Leiataualesa then went on to discuss the consequences of a conviction to Lomitusi.

He added that the consequences of a conviction on the accused would have a serious implications for his future.

“The accused unlike many young men who come before the courts, has educated himself and has the potential to secure for himself and the victim with whom he is in a relationship, good employment as a mariner.”

Justice Leiataualesa added Lomitusi wants to travel overseas to work on foreign vessels to support himself, his family and especially his unborn child which they are expecting. .

He said a conviction, “would take this future away from him, the victim who is now 18 years of age and whom he plans to marry, and their child.”

Lastly Justice Leiataualesa said after assessing the matter carefully he found that a conviction will be out of all proportion to the seriousness of the accused offending.

“Accordingly, I accept that it is appropriate to grant the application for a discharge without conviction.”