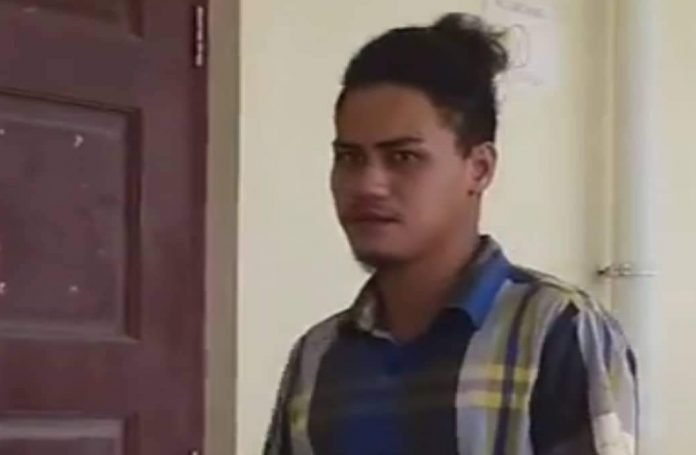 One of the four youths facing charges for the death of Chinese national Cao Yaqunh of the Pacific Trade Industrial company at Vaitele last October appeared before the Supreme Court of Samoa this week to be sentenced for previous convictions of burglary and theft.

Kome Sioeli starting offending and appearing in Court when he was just 17 years old, in 2014.

Justice Leiataualesa sentenced the 22 year old to two months and one week for burglary this week, however he is due back in Court several times in the coming months for multiple offences.

The Court heard that in 2016 when Kome was 19 years old, he broke into the University of the South Pacific compound at Alafua and stole a pig worth of $200 tala.

A long list of previous convictions and pending charges were revealed by prosecutors for Kome Sioeli, who has been in and out of Samoa’s correctional and rehabilitation facilities for the past 5 years.

It was revealed in Court that Kome had several outstanding warrants of arrest against him when he got caught up with three other youths in the widely publicised aggravated burglary that led to the death of Mr Cao Yaqunh last October.

The Court also heard that the Vaimoso youth has pleaded guilty to additional charges of aggravated robbery and possession of narcortics from an incident in April last year. Kome will be sentenced for that offence on the 3rd of March 2020.

And that’s not all. Kome is scheduled to appear again in the Supreme Court on the 17th of February 2020 for another robbery charge for an alleged incident in March 2018.