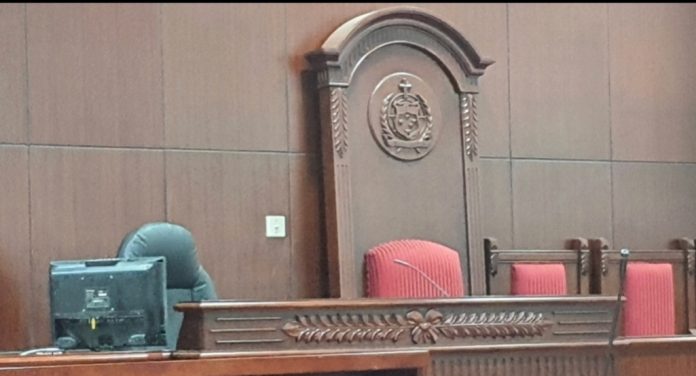 According to the Police Summary of Facts, the three accused allegedly broke into a home at Afiamalu and took some belongings before taking off in the home owner’s car – a Holden Colorado parked in the garage.

The home and vehicle belong to Lefau Harry Schuster, a lawyer and former Judge of Samoa’s District Court, and also a former Member of Parliament.

All three defendants told Justice Mata Tuatagaloa that they could not secure legal counsel, and would be representing themselves in Court.

Misiona Tuailoto and Ricky Alesana both pleaded guilty to the charge of burglary and theft, which a third young man, Warren Te’o, has denied.

Warren Te’o pleaded not guilty to theft and burglary, but accepted the charges of giving false information to police, and receiving the stolen vehicle.

Outside Court, Lefau told Samoa Global News that this is a regular occurrence in the Afiamalu area.

“This has happened several times to my house, and I’ve no idea who these people are.”

Justice Tuatagaloa set sentencing for charges accepted by the accused for the 19th of October, 2020.

For the charges the young men have pleaded not guilty to, a hearing has been set for the week commencing 31 May 2021.