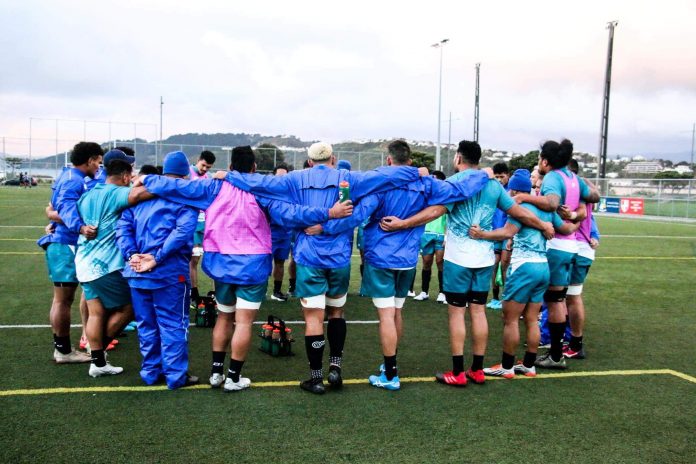 Head-Coach Seilala Mapasua has named his first 23 man squad to take on the Maori All Blacks this weekend in Wellington, NZ.

His squad includes 10 players who have never played for Samoa prior to this match with 7 of them in the starting lineup. Neria Fomai, Tomasi Alosio and Losi Filipo, who all play their rugby in New Zealand have represented Samoa at the international 7’s level but now get to put on the 15’s jersey for their country.

Samuel Slade, a former NZ U20 and Auckland rugby representative and current Counties Manukau lock, finally gets to put on the blue jersey, but this time for his country. JP Sauni, who also represented NZ in U20s will play his first match for Samoa off the bench

The side is captained by 35 test veteran Jack Lam. Crusaders starting prop Michael Alaalatoa, was last month named Samoa’s captain at the squad naming. Alaalatoa will come off the bench against the Maori All Blacks making way for Jack Lam to captain the side.

Instead, debutants Albert Anae and Kalolo Tuiloma will be Samoa’s starting props for the weekend. Anae is a former Reds and Brumbies representative and is currently playing for the Melbourne Rebels in Australia. He has come through the Australian system, representing the ‘Aussies’ at Schoolboy and U20’s level. His counterpart, Tuiloma, appeared for Northlands Mitre 10 side on 9 occasions in 2020 and now looks to carry that momentum over to when he runs out for Samoa this weekend.

Mapasua has included 3 local players in this squad in Johnny Vaili, Theo Mcfarland and Elisapeta Alofipo. Vaili and Alofipo are seasoned Manu 7’s players with Vaili having already played 2 test matches in the 15s format. Mcfarland of Moamoa rugby club and Alofipo of Salelologa rugby, will both dawn the blue jersey for the first time against the Maori All Blacks.