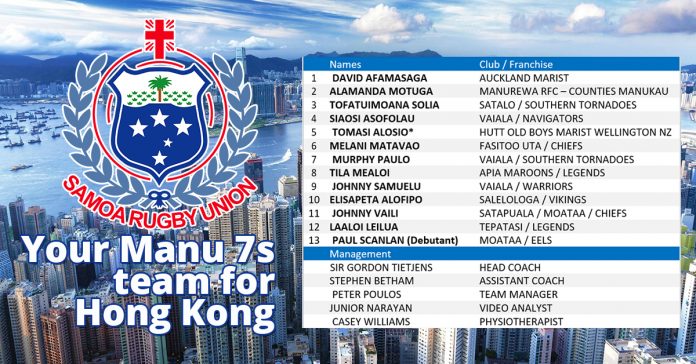 Tomasi Alosio, injured at the Sydney 7s is back while Melani Matavao and Siaosi Asofolau return from injuries sustained during the Vancouver 7s.

Laaloi Leilua has pushed his way back into selection after a long stand down, his last outing for Samoa being the Sevens Rugby World Cup back in July 2018.

Paul Scanlan, discovered through the Samoa A, is named as the 13th man and set to make his debut with the HSBC World Sevens Series.

Joe Perez and Gasologa Pelenato were not considered for selection due to injury.

Samoa is currently ranked 7th in the overall standings following the Las Vegas – Vancouver legs of the tournament. 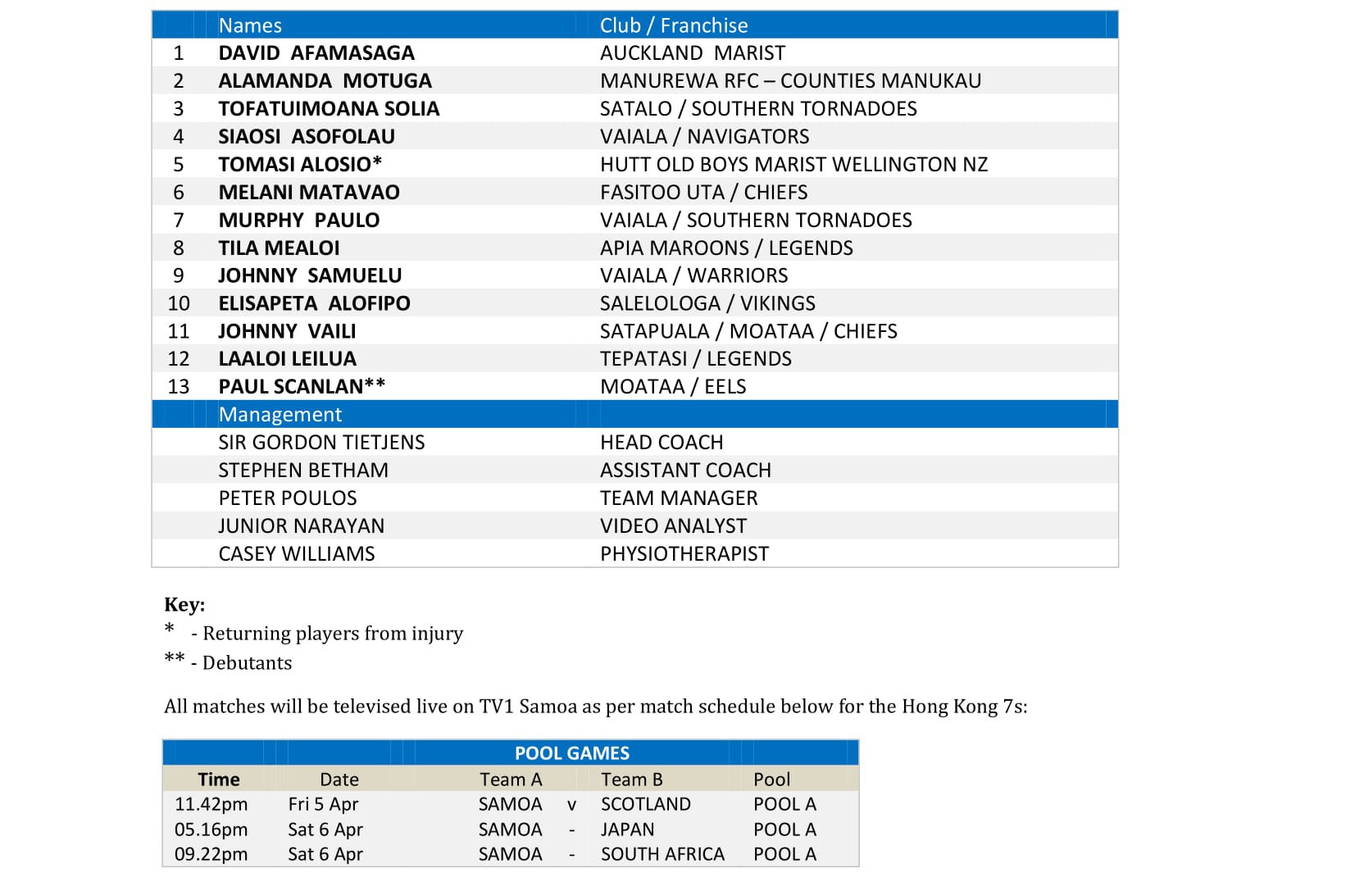