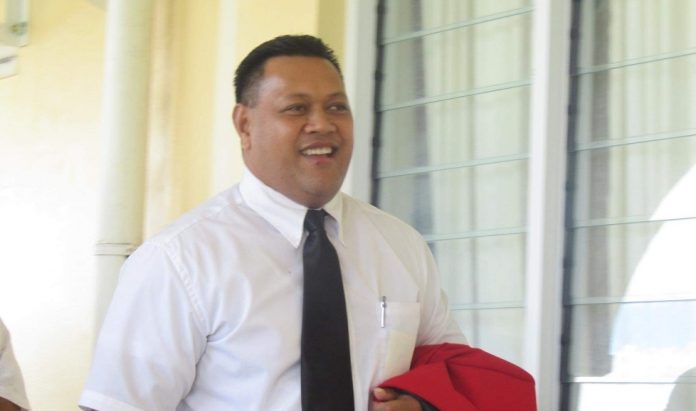 The youngest member elected at the April 9th general elections has been found not guilty of bribery and treating following a petition by former HRPP Cabinet Member Gatoloaifaana Amataga Gidlow.

The Faasaleleaga No2 seat was won by Magele Sekati Fiaui of FAST by a margin of 649 – 555; a gap of 94 votes more than his petitioner who filed six counts of bribery, one of treating and one of illegal activities against Magele.

At only 35 years of age, Magele Sekati Fiaui is now the confirmed Member of Parliament for Faasaleleaga No2 for the next five years. 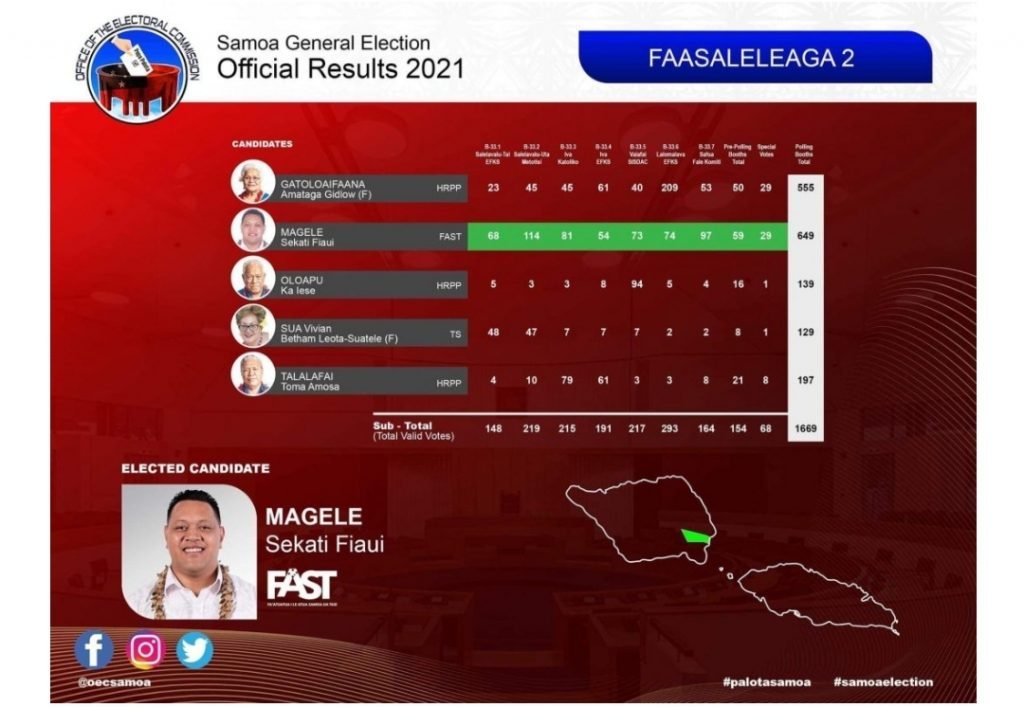 Daughter of former Prime Minister Tofilau Eti Alesana, Gatoloaifaana has also been found not guilty of five charges of bribery filed in Magele’s counter-petition against the veteran Member of Parliament.

During Court proceedings witnesses claiming they were bribed in relation to the 9th April general elections, told the Court how they sought out candidates, to ask for “beer” and “faalavelave” money.

In handing down the decision Chief Justice Satiu stated the evidence presented by witnesses did not satisfy the Supreme Court.

Outside Court Magele was emotional and held back tears as he returned the praise to God, and thanked his family and FAST supporters.

“I will use this opportunity to serve my constituency and Samoa to the best of my ability with love and integrity,” he said.

Magele also thanked Gatoloai for all the years she has served the villages of the Constituency.

Outside Court Gatoloai also acknowledged Magele and accepted the decision of the Courts. She congratulated Magele and wished him well.