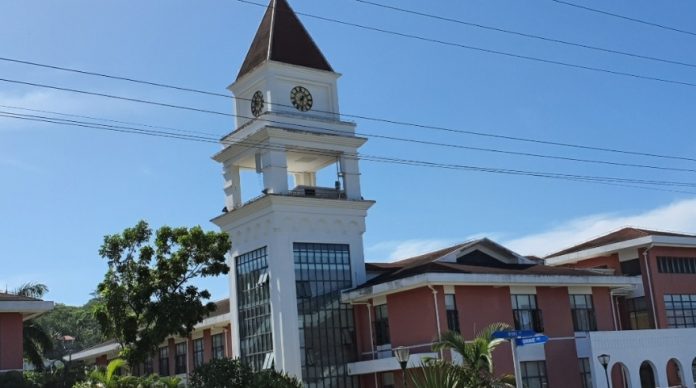 An 11 year old girl struck by a vehicle as she was crossing the road after jumping off a bus, died last week after two days of fighting for her life at the Intensive Care Unit of Tupua Tamasese Meaole Hospital.

Deputy Police Commissioner, Auapa’au Logoitino Filipo said the young girl had just jumped off the bus, and was crossing to the other side of an access road at Faleula when she was suddenly struck by a vehicle that was overtaking the bus.

The driver of the vehicle did not know the young girl was crossing the road from infront of the bus.

The Deputy Police Commissioner confirmed the girl was admitted to the ICU of TTM Hospital but died after two days from injuries sustained by the impact of the accident.

Auapa’au said this type of accident was becoming too common a problem on the roads of Samoa, where vehicles following buses overtake without lookin out for pedestrians stepping off the bus.

“We would like to advise the public, especially motorists to please be on the alert at all times, because these tragic accidents are avoidable and are caused by carelessness,” Auapa’au said.

“There have been too many cases where an innocent life has been taken due to road accidents and drivers not ensuring it is safe before they overtake,” he added.

Just two weeks ago a 23 year old young father from Toamua was killed when he was hit by a van while crossing the busy four-lane road at the Vaitele Business District.

The motorist in the Faleula incident has been charged with negligent driving causing death and will appear in court later this month.

The Samoa Police warn both drivers and pedestrians to please be more alert and take more care on the roads.

“The safety of pedestrians are in the hands of motorists, and at the same time, pedestrians must take more care while crossing the road. These two recent tragic deaths could have both been avoided”, said DC Auapa’au.