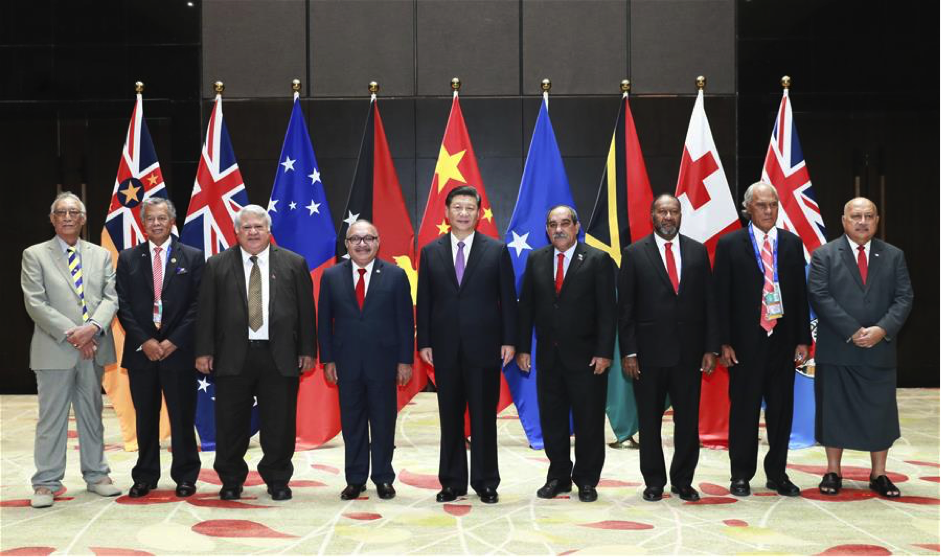 China’s President Xi Jinping met in Port Moresby on Friday with leaders of Pacific island countries that have diplomatic relations with China to exchange views on bilateral ties and pragmatic cooperation.

During the meeting with Prime Minister of Samoa Tuilaepa Malielegaoi, Xi pointed out that the bilateral relations face new opportunities for development.

He called on both sides to adhere to a high degree of political mutual trust, continue supporting each other on issues of their core interests and major concerns, expand cooperation in various fields within the BRI framework and enlarge people-to-people exchanges. He also said that China supports Samoa in hosting the 2019 Pacific Games and will continue supporting the country to improve its capability to tackle climate change.

Tuilaepa said since Samoa established diplomatic relations with China, it has firmly adhered to the one-China policy.

The prime minister expressed gratitude to China for helping his country in infrastructure construction, which is conducive to its strives to shake off the status of being a least developed country and promote its development.

He added that Samoa is willing to advance major cooperation projects with China under the BRI.