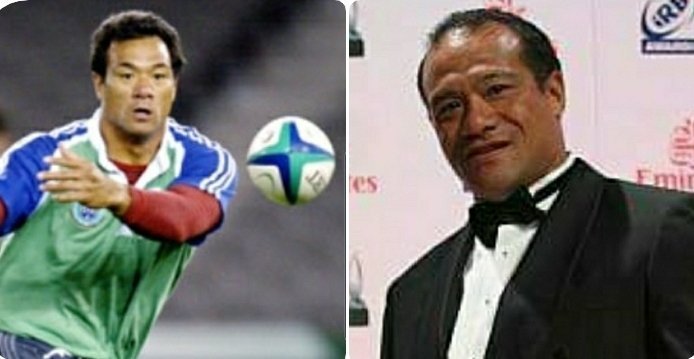 The Samoa Rugby Union has confirmed the appointment of World Rugby Hall of Famer, Muliagatele Brian Lima as the new Head Coach of Manu Samoa Sevens to revive the national team from it’s current 13th place in world standings.

“The Board accepted and ratified the recommendation of the independent panel following a lengthy and rigorous process that attracted applications from all around the world”, said the CEO.

Faleomavaega says Muliaga displayed a concise vision and plan for Manu 7s, and welcomes him on board to help revive the Samoa National Sevens program.

The first player in the world to have played five Rugby World Cups, Muliagatele Brian Lima  debuted for Samoa in 1990 against Tonga. He featured in Samoa’s famous World Cup win over Wales in 1991, and was the youngest player at the 1991 World Cup.

As a Head Coach, Muliagatele returned to coach the Marist St Joseph’s Sports Club after his retirement as a player in 2007. He secured wins for his local club at International competitions in Wellington and Maysia. Muliaga quickly earned the reputation amongst players of being a tough trainer intollerant to players taking short-cuts.

His international outings as a Coach includes Assistant Coach for Samoa Sevens under Damien McGrath and Head Coach of the Samoa A and the more recently formed Manuma.

Sir Gordon left Samoa at 13th place on the HSBC World Series standings, and yet to qualify for the Olympics. CEO Faleomavaega says this will be one of Muliagatele’s first assignments.

Speaking to Samoa Global News Muliagatele says his short term goal is to prepare the team for the Olypic qualifiers with the ultimate aim of Samoa 7s being able to participate in the Tokyo 2021 games.

Muliagatele says a key priority for him is the establishment of player depth for what he referred to as “sevens-specific positions”.

“My focus will be on identifying key positions specific to the 7s game such as playmakers and speedsters; powerful runners and forwards with aerial skills to secure possession at kick-off”.

Samoa has not lifted an HSBC cup trophy since Paris France in 2016 when Damien McGrath was the Head Coach and Muliagatele as Assistant.

“I am privileged and honoured to be given this opportunity.. I thank the SRU for the trust given to me and I look forward to working closely with the CEO and the HPU Manager to revive our 7s program”.

“I also want to acknowledge all the local coaches who work hard to train players and prepare their teams for competitions week in, week out. I look forward to working with them also”.

Faleomavaega says the SRUs Vodafone National Sevens Series will give a great opportunity for Muliagatele to identify talent and select an extended squad to be announced after the 3 week long tournament.

“We will now begin work with Muliagatele on building a solid team of technical and management staff around him as they prepare for the World Sevens Series and also the Olympics Qualifier in 2021 with the aim to debut at the Tokyo Olympics 2021,” added Faleomavaega.