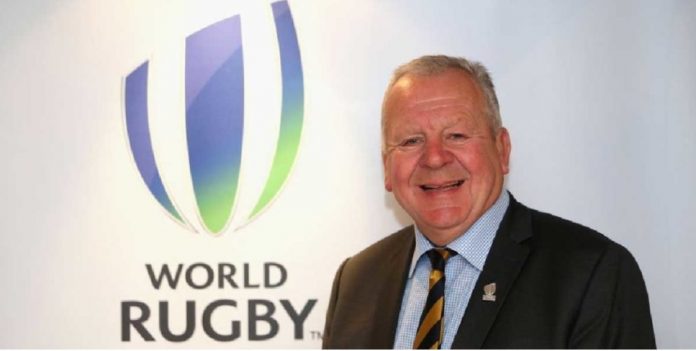 Elected as Chairman of World Rugby for a second four-year term, Sir Bill Beaumont has said an “enhanced governance reform” is a priority as he had promised during the extensive campaign.

Issues of equitable processes within the international governing body is of particular interest to Samoa as currently Pacific Island nations only have four votes on the World Rugby Council – one each for Fiji and Samoa, and two for Oceania Rugby.

The ten nations that comprise the Six Nations and the Rugby Championship have three votes each, while the likes of Tonga, Russia and Namibia do not have an individual seat on the council despite attending last year’s World Cup.

When nominations closed for the election, the consensus was that Beaumont was too politically connected for Pichot to oust him. However, the ex-England captan’s campaign was harmed by the controversy that was his nomination being seconded by Francis Kean, the Fiji Rugby Union chairman who was previously convicted of manslaughter.

A press release from World Rugby confirms Beaumont achieved a first-round majority of 28 votes to 23 in the election which was independently managed – standing against Vice Chairman Agustín Pichot – a retired former captain of the Argentine team.

The battle between Bill Beaumont and Agustin Pichot was closer than expected with a campaign that had seen the Argentine underdog fare much better than initially expected, while the former English rugby captain had his campaign tainted by his nomination being seconded by Fiji’s Francis Kean recently convicted of manslaughter and since stood down from the WR Council..

According to a report in the UK Telegraph, Beaumont was allegedly leading 24-23, a tally that didn’t include the votes of Japan and Rugby Africa, who have two votes each and hadn’t publicly declared their voting intentions at the time.

The World Rugby Executive Committee for the Next 4 Years:

Beaumont’s second term will be officially confirmed at World Rugby’s annual meeting of Council on 12 May, after which the new leadership’s four-year mandate will begin.

According to the press release, “Beaumont, in partnership with Laporte, will build on strong foundations to deliver a mandate of progressive reform, uniting stakeholders for the betterment of the game for all.”

“This will include enhanced governance reform, an aligned and integrated approach to the global international calendar, accelerated prioritisation of player welfare, injury-prevention and modified contact variants, accelerated promotion of the women’s game and sustainable investment the sport.”

Samoa and Pacific Rugby nations may benefit from the promise that, “Work is progressing on a global women’s 15s competition and a global men’s emerging nations 15s competition that, alongside a record number of fixtures against top nations, targets union competition needs, provides opportunity for all, enhances Rugby World Cup performance and delivers an annual champion”.

Pacific Rugby nations would also be interested in any reforms on eligibility rules for players, and the equitable sharing of gate takings for international fixtures – issues which the UK-based Pacific Rugby Players Welfare have openly advocated since its establishment.

What was Promised Before Elections

Sir Bill Beaumont had promised a major review of the way the governing body is run if re-elected, including a fresh look at eligibility rules which currently restricts players to representing one country for life.

Former Manu Samoa International and Chief Executive of the Pacific Rugby Players Welfare, Dan Leo, had spoken out during the  campaign process; sceptical about any promise of dramatic change.

“Both contenders for the chairman role, Bill Beaumont and Agustin Pichot, have both been active in the organisation for the last four years, so in terms of the changes that we can hope for or expect are probably not as dramatic as we’d like”, said Leo.

“Both have come out with manifestos outlining various ways they would like to reform the game but you know, as we’ve seen and as we know, talk is cheap and it’s going to come down to the World Rugby Council on vetoing those through,” he added.

Beaumont has called on the organisation to get to work, deliver the sport’s response to mitigate the COVID-19 pandemic, and implement progressive change: “Over the last four years we have achieved a lot, but we are at half-time and need to press on in the second half;

“I have a clear mandate to work with Bernard to implement progressive, meaningful and sustainable change;

“As an organisation, we must lead, be transparent, accountable and continue to serve for all. We must be united in our drive to make this great sport even better, simpler, safer and more accessible”

“We must listen to players, fans, competitions, our unions and regions, and take decisions that are in the best interests of all with our strong values to the fore.”

The new WR Chair says the main focus now is to tackle COVID-19 and implement an appropriate return-to-rugby strategy that prioritises player welfare, while optimising any opportunity to return to international rugby this year in full collaboration with club competitions for the good of players, fans and the overall financial health of the sport.

“I am determined to ensure that the spirit of unity and solidarity that has characterised our work so far in response to an unprecedented global COVID-19 pandemic, is the cornerstone of a new approach that will deliver a stronger, more sustainable game when we emerge with new enthusiasm, a renewed purpose and an exciting future.”

I also want to thank all unions who have expressed their opinion in this important ballot, giving a clear mandate for the governance which Bill and I will undertake on their behalf.

“During this unprecedented and global COVID-19 crisis, we must act and unite unions from the north and south and the professional leagues around a common objective to define a strong and sustainable future for all.

We will pursue these reforms together and act in solidarity with the rugby family, to drive the game forward on and off the field, further the welfare of our players and make the sport more attractive and accessible.”