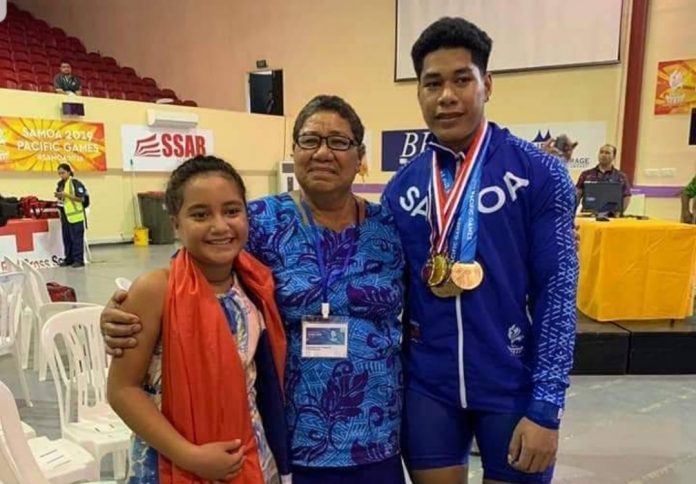 Don’s grandmother Lesila Opeloge was his number one supporter seen amongst the crowd at Gym 1 Tuanaimato yesterday, cheering on her grandson.

“We are very proud of Don. He is a good boy who works very hard. We are very grateful to Tuaopepe Jerry for coaching him and for everything he does for our children;

“We give all the thanks and praise back to God.”

President of the SWA Samoa Weightlifting Federation is the man behind the international success of Samoa in weightlifting.

For the Pacific Games Don has added to Samoa’s medal tally with three Gold medals for lifts in the snatch, clean & jerk and Gold for the overall.

Don Opeloge wrote himself into the history books as the first ever medal winner for Samoa at an International Weightlifting Federation (IWF) World Championships, in Fiji last month.

“Don lifted 198kg to win the Clean n Jerk and then totaled 349 to win the overall total for Snatch n Jerk”, Tuaopepe Jerry Wallwork had said at the time.

Weightlifting continues into its final day today at Gym 1 Tuanaimato. 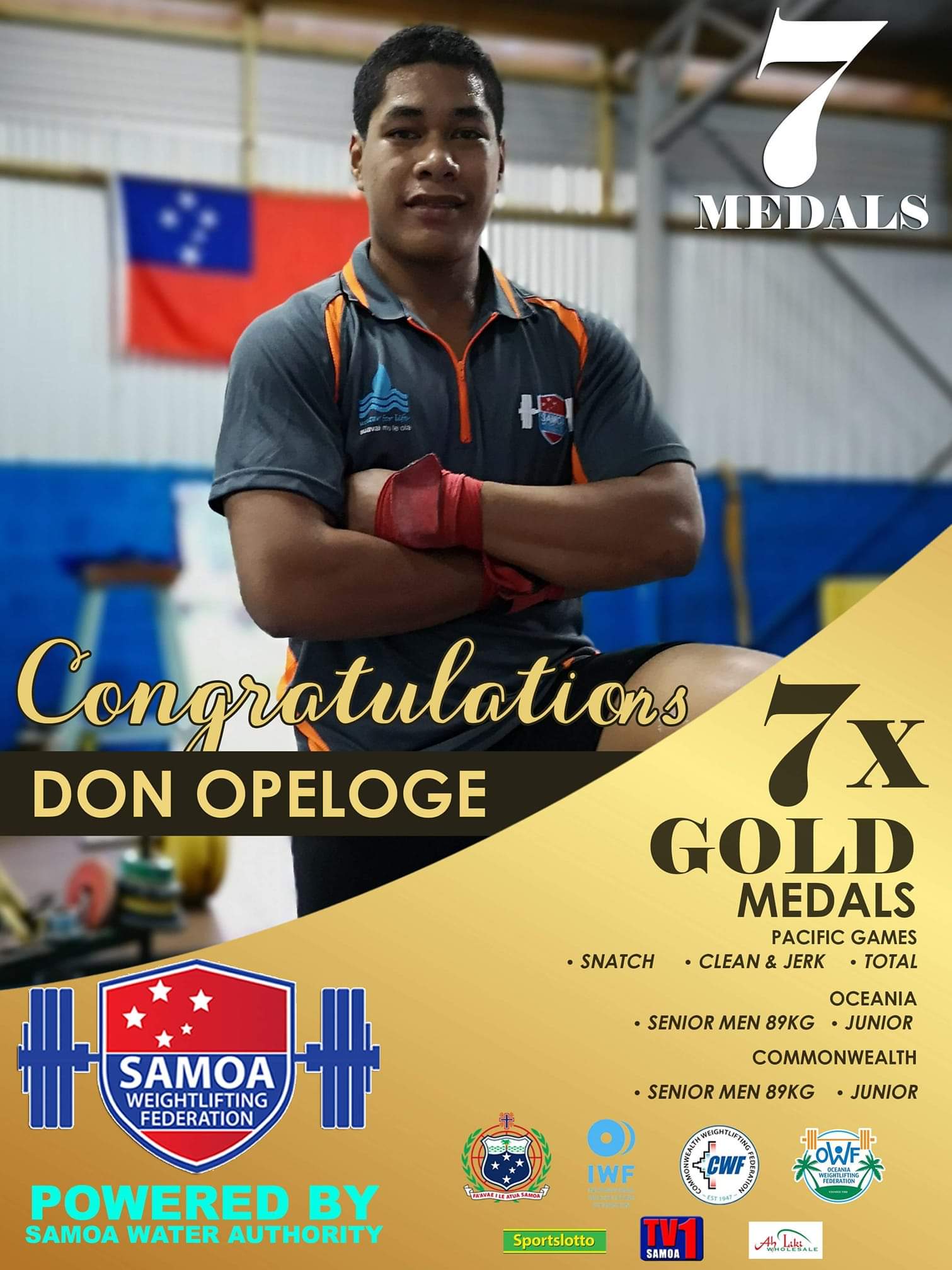