Wednesday 02 September, 2020.  The Samoa Rugby Union is celebrating the growth of rugby among women and girls with a month of activities, as part of Oceania Unstoppables – Women in Rugby Month.

The Festival is being supported by UN Women Fiji Multi-Country Office’s (MCO) through its partnership with Oceania Rugby.

Using rugby to promote gender equality and, longer term, to prevent violence against women and girls is central to an agreement between UN Women Fiji MCO and Oceania Rugby which is supported through the Pacific Partnership to End Violence Against Women and Girls (Pacific Partnership).

Pacific Partnership is primarily funded by the European Union (EUR12.7m) with targeted support from the governments of Australia (EUR6.2m) and New Zealand (EUR3.2m) and cost-sharing with UN Women (EUR0.6m). 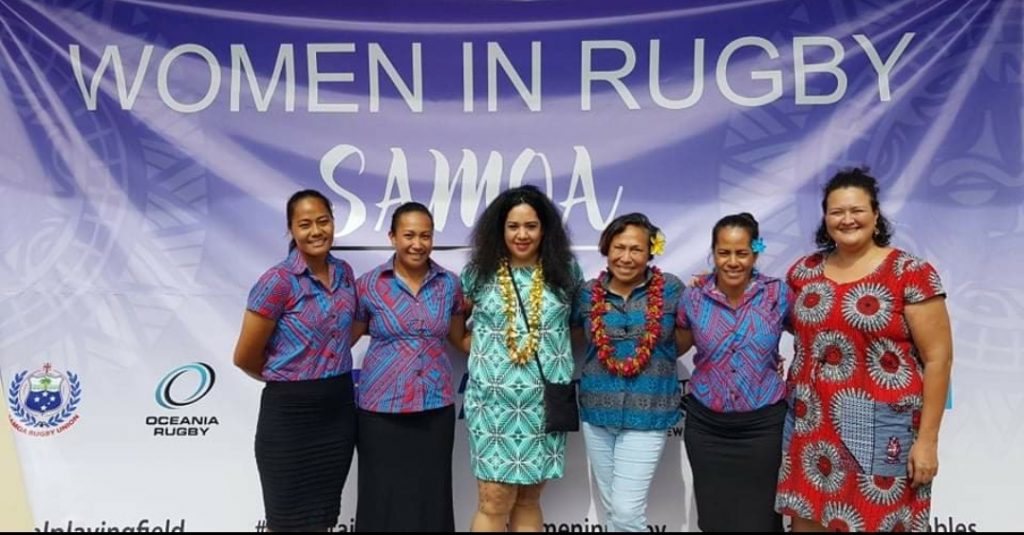 “It is the perfect way to start off Women in Rugby Month by bringing together young and aspiring female athletes to learn, play, and inspire each other. Creating safe spaces where female athletes and leaders feel encouraged, supported, and mentored can enhance the mental, psychological and spiritual health of Samoan girls and young women.”

Samoa Rugby Chief Executive Officer Faleomavaega Vincent Fepuleai said that this month is an extension of their support of women’s rugby and in partnership with the UN Women through the Pacific Partnership to End Violence Against Women and Girls.

“We are working closely to foster our relationship with our Government’s Ministry of Women, Communities and Social development and of course the Ministry of Health which plays a big role in our collective health and physical programs to promote through rugby healthy diet and nutrition,” Faleomavaega said.

“The Operational Plan of our Strategic Plan is in full swing with our Development Team now out there introducing the Game through our Get into Rugby program at Schools, Village Communities, giving opportunity to young girls to learn about the Game and its Laws, create awareness not only for the players but there are numerous opportunities for women in Coaching, Referees and as Administrators,” he added.

The Samoa Rugby Union will host key events throughout the month of September focusing on the participation and growth of the game amongst female players and rugby in schools.

Participation Numbers for Get Into Rugby in Samoa (Female Players)