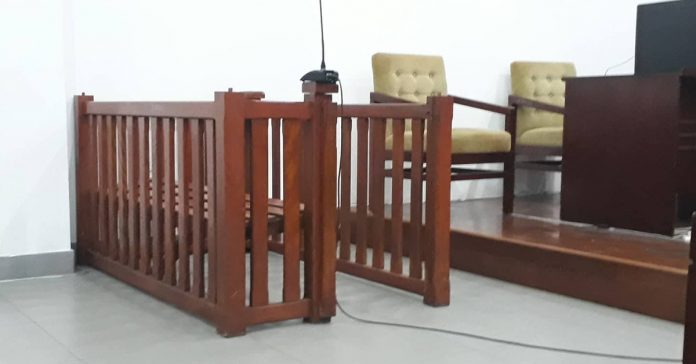 A woman who pleaded guilty to 9 forgery related charges was convicted and sentenced earlier this week to 18 months supervision in the Supreme Court of Samoa before Justice Mata Tuatagaloa.

Winnienora Stowers admitted to using a friend’s cheque book to purchase goods from 2 supermarkets and pay a taxi driver who had driven her around Apia for a whole day.

The police summary of facts which Stowers had accepted states she had purchased goods worth $315 from Ene’s shop at Tanumapua and shopping worth $900 from Fia’s shop at Vaitele-Uta.

In terms of restitution, Stowers had paid back all the monies to the parties affected.

Before handing down the sentence Justice Tuatagaloa questioned the Prosecution’s submission for a custodial sentence, and for full restitution to not have any bearing on the sentence.

Prosecutor Anne Matalasi had submitted, “Your honor the defendant culpability is reflected in the numbers of aggravating factors in this case, there are three separate counts of forgery.”

Justice Tuatagaloa asked…”What makes this offending different from other offendings?”

Prosecution argued that although the amounts are higher in other cases, the level of deceit by Stowers had impacted a lot of victims.

Justice Tuatagaloa said….”Yes but that’s inherent in any dishonest act or forgery.. whilst you forge somebody elses name you do it on purpose…so what I’m asking is, what is so perculiar with this forgery?”

Justice Tuatagaloa drew comparisons to forgeries such as theft as a servant, and fot cases where defendants are employed in a government department. Many of those cases involve multiple offending and higher amounts.

Justice Tuatagaloa said that in many of those cases defendants are unable to pay back the amounts involved.

“..Because that’s where a lot of forgeries are coming from”.

“What authority do you have for that?.. Where is the authority that says that?” asked Justice Tuatagaloa.

“That is not how the Court operates; it is a big mitigating factor in my view in this case, but it is not going to be the sole reason for the decision that I will come down to.”

Defense counsel Sifuiva Maureen Tuimalealiifano applied for a discharge without conviction, and for the defendant to undergo rehabilitation programs.

Justice Tuatagaloa questioned the submission made without proper reference to any specific rehabilitation programs that would be helpful for the defendant.

“What prorams are out there in the community to address such an issue?;

“So what I’m saying is, if counsel is suggesting such programs, then they should have programs in mind that are available out in the community.”