A woman who pleaded guilty to grievous bodily harm for pouring hot water on her husband while he was asleep has been sentenced to 12 months imprisonment by Justice Tafaoimalo Leilani Tuala-Warren in the Supreme Court of Samoa.

Manumea Choo Koon had been a stay at home mother of four children aged between 3 and 12,  who had left school after Year 12 according to the police summary of facts.

The accused admitted that after a family outing in September last year, she found text messages on her husband’s phone between her husband and another lady who had fallen pregnant to her husband.

While her husband was sleeping, the accused boiled the kettle and then poured boiling hot water over the victim’s body. She then walked away while the victim was crying out in pain and their children were crying.

The accused’s brother arrived some time later and took the victim to hospital.  The victim suffered burns to the back of his head, both arms, his back, chest and stomach. 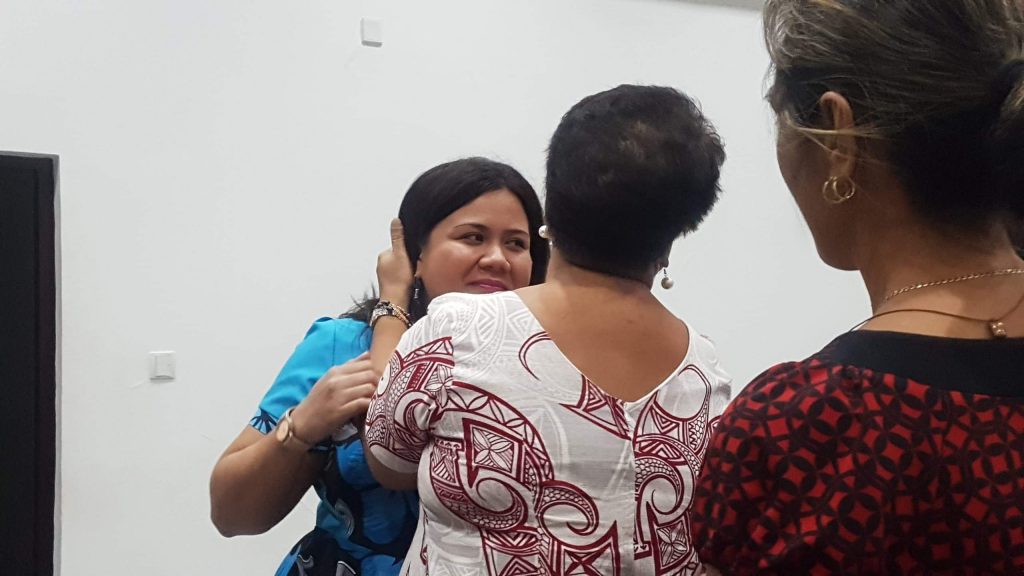 The accused’s parents, grandfather, Bishop and village chief had all written to support Mrs Choo Koon who was decribed as a committed and dedicated mother. The victim himself had written to say that he has forgiven his wife and that he hoped their family would one day reunite.

The victim asked for the Court’s leniency because he was concerned about his daughters and the impact on them if their mother is imprisoned.

“They say she is respectful, loving, caring, hard working, humble and faithful. They all give their support to her”.

Mrs Choo Koon says her husband hurt her terribly by his infidelity, and finding out that another lady was pregnant to her husband caused her to commit the offending.

However in delivering her sentence Justice Tafaoimalo sent a strong message that violence is not the acceptable way to address marital problems.

Defense had submitted that the accused’s offending “was a natural response from a woman scorned”, and that “no reasonable woman in their right state of mind, would not violently react to this”.

Justice Tafaoimalo said, “If the Court accepts such submissions, we are condoning the use of violence by women in responses to marital problems. There are other avenues that can be used to address such problems..”.

Justice Tafaoimalo pointed out that the couple’s children were present and, “that would have been extremely traumatic for the children who are 12 and under”.

“Your children are also victims of this offending,” the Judge told Mrs Choo Koon.

“Upon your release from prison, perhaps you will need to work on regaining their trust and reducing the traumatic impacts of seeing their father injured, by your actions. Unfortunately, they will suffer as a result of this sentencing as their mother will now be away from them”.

Justice Tafaoimalo selected a starting point of 5 years and said whether the domestic assault is committed by a male or a female upon their spouse, they will be judged  “according to the seriousness of their offending and allowances will then be made for their particular personal circumstances as is appropriate in each case”.

“Having regard to the aggravating features relating to this offending, I find that this offending falls within the higher end of Band 1 (3-6 years) with the starting point for imprisonment being 5 years”.

Inside Court Manumea’s mother could not hold back tears for her daughter as they were given the chance to say.good bye.