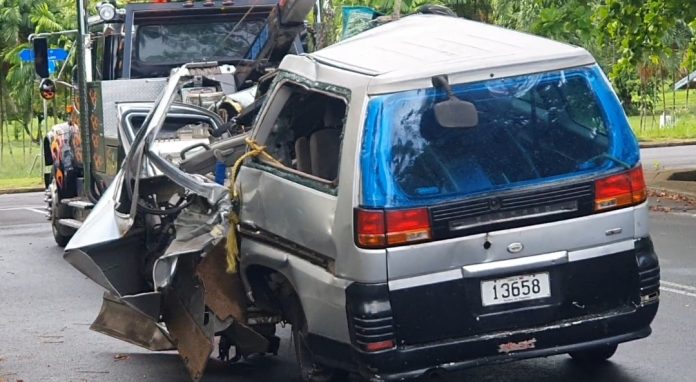 A woman suffered serious injuries when a vehicle she was in, crashed at full speed into an electricity post at Tuanaimato in the early hours of this morning.

The Samoa Fire and Emergency Services Authority (FESA) say their Tuanaimato team responded to a call at around 5am.

FESA confirms that a man was driving and a woman was in the front passenger seat of a minivan, that collided front-left side on to a roadside electricity post.

“It was a couple” confirmed the FESA team who took the injured to Motootua hospital’s emergency unit.

“It took a while to remove them safely from the vehicle;

“They were stable, but the woman suffered serious injuries from the accident”.

A neighbour who says she was woken by a loud bang in the early hours of the morning said the woman’s arm was almost severed, and the passenger side of the vehicle where the woman was sitting had taken the brunt of the impact.

Police say they were also called to the scene; directly across the road from the Samoa Soccer Federation’s front gate. 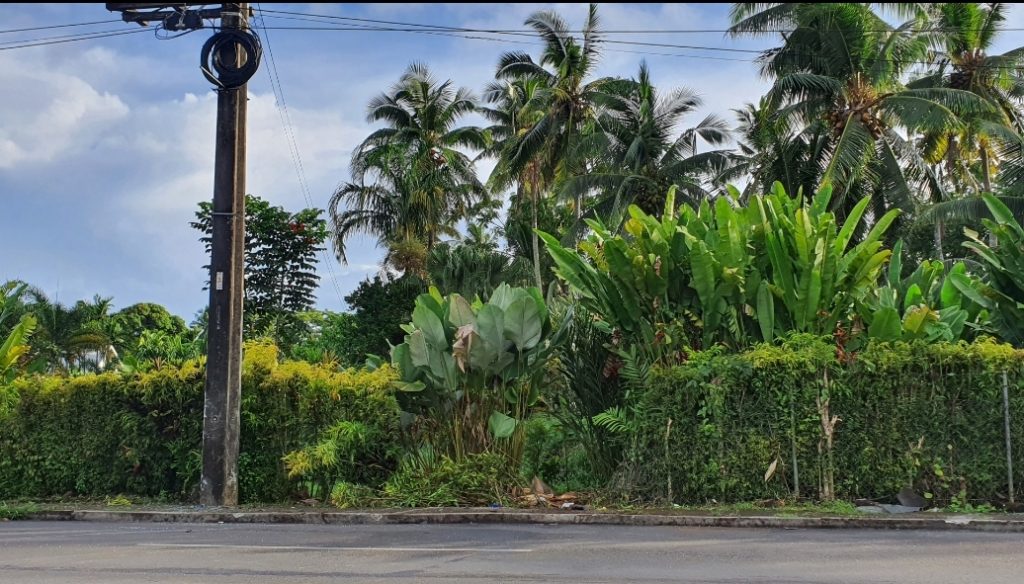 “Even in the early hours of the morning, there were already a lot of bystanders at the scene, and we had to clear the road”, said SPS.