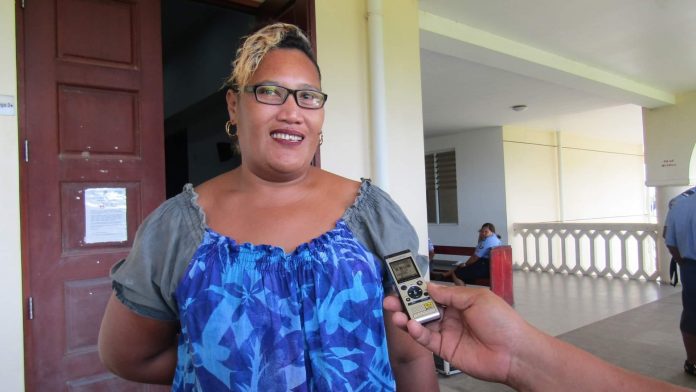 A senior Prison Guard accused and charged for steeling 5 boxes of herring from the prisoners’ food supply has been found not guilty of all charges against her by Justice Leiataualesa Daryl Clarke in the Supreme Court of Samoa.

Self represented, Hilda Moelasi was charged three years ago for allegedly taking 5 boxes of herring worth $43.50 each or $217.50 in total.

A one day hearing saw 4 witnesses called including the Commissioner of Prison Taito Winterstein, Leader of Prisoners in Custody Douglas Fereti and a female prisoner Vaioleti Stowers.

In delivering his verdict Leiataualesa said that there was lack of evidence adding that this case should never have come before the Courts.

Speaking to the media outside Court Ms Moelasi said God has answered her prayers and justice has prevailed after three years of heartache and pain.

“This has brought embarrasment to my village, my family and especially my children.”

The mother of ten confirmed that she has taken her grievance to the Office of the Ombudsman and she intends to claim her 3 year salary.

“I also want my job back,” said Hilda.

Hilda’s husband fell ill and died during the three years they waited for the case to be completed.

Shedding tears Hilda Moelasi said her husband was very stressed about what was happening to her and she wished he was around to see her acquitted of these false charges.

“God protects the widow, and helps those wrongly accused,” she added.