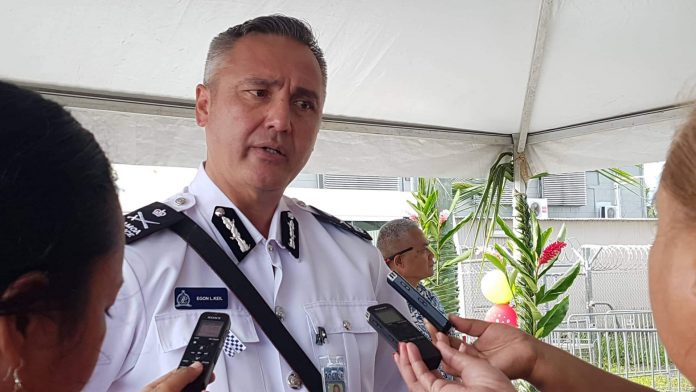 27 September 2019 Apia Samoa.  Police Commissioner Su’a Fuiavailiili Egon Keil has confirmed that no charges have been filed against a 33 year old woman who was returned to Samoa from Malaysia following her arrest for allegedly dumping her newborn baby into a restroom rubbish bin.

Malaysia police confirm that the woman was arrested and detained for 4 days before she was released to the Government of Samoa following negotiations.

A statement by the Government of Samoa at the time confirmed negotiations were held with Malaysia law enforcement officials, requesting that the woman be returned to face charges here in Samoa.

Samoa’s High Commissioner to Australia Her Excellency Hinauri Petana then accompanied the woman back to Samoa earlier this month.

This morning Police Commissioner Keil says he has no knowledge of the negotiations and the Samoa Police department has not received any information regarding the matter.

He added that Samoa Police would ordinarily have no jurisdiction to charge someone for a crime committed overseas.

Asked if this case were not similar to the extradition of Tala Pauga in relation to the alleged conspiracy to assassinate the PM, Su’a Fuiavailiili responded no.

“In that case there was a crime committed against a person here in Samoa.”

The woman believed to be a Ministry of Health worker was attending a training workshop in Kuala Lumpur.

During a tour around the city, she went to the National Monument grounds and reportedly stayed there for over an hour.

Dang Wangi District police chief Mohd Fahmi Visunathan Abdullah said police were informed of the discovery of a dead baby by the public.

“An inspection found that the baby still had its umbilical cord and was wrapped in a shawl inside the bin,” he told Malaysia’s Star Online.