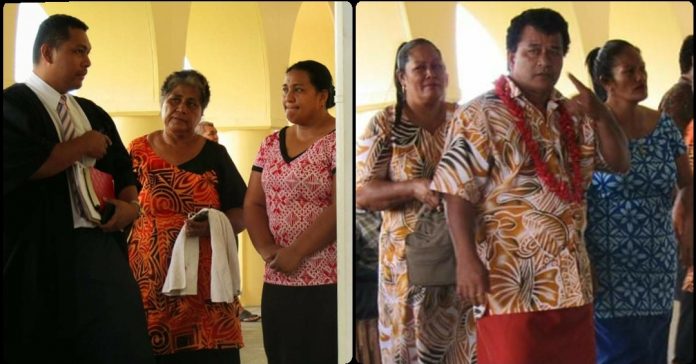 The unlicensed driver who caused the death of a 23 year old father from Toamua has applied to have her guilty pleas withdrawn.

Moemoe Afiafi has been charged with causing the death of Brandon Hall, a young father who died three days after he was struck infront of Bluebird Lumber Hardware at Vaitele in -August this year. He was trying to cross the busy four-lane at the time of the incident.

Ms Afiafi was accompanied by her elderly mother in Court during criminal mentions on Monday morning.  She appeared before Justice Fepuleai Ameperosa Roma, and this time, she was represented by defense counsel Afoa Fetu Lagaaia who submitted an application to have his client’s guilty pleas vacated.

Brandon Hall’s parents also attended Court proceedings this morning in support of their son.  Outside Court, the Halls expressed their eagerness to see justice for their son’s death.  They told Samoa Global News they did not understand why the defendant had changed her mind.

“Our son died from the incident. She was driving, so we can’t understand what else needs to be said or done,” they said.

The application to change plea will be considered by the Supreme Court next week.