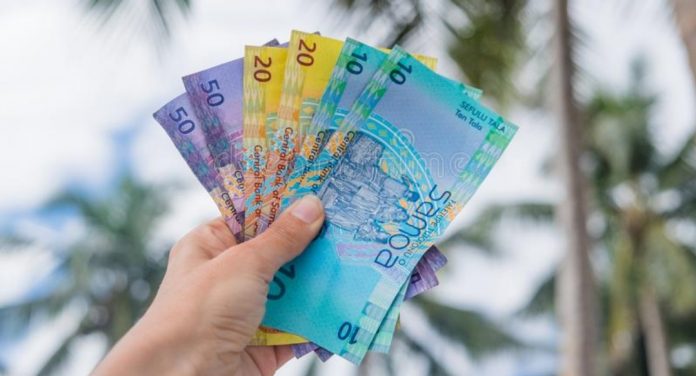 A witness who travelled to Savaii to cast his vote, testified and alleged he received $300 tala from petitioner Gatoloaifaana Amataga Alesana-Gidlow and says he went to the MP’s home to ask for money.

Fuatogi Vave currently living in Falelauniu, Upolu had travelled to Savaii to vote in his village of Lalomalava. He told the Court that on the day before elections, 8th April 2021, he and his wife went to the former Cabinet Minister’s home because they heard the MP wanted to talk to voters.

“We went to see what the faipule wanted to talk about with the knowledge that some other people already received money from her,” Fuatogi said.

When Leiataualesa cross examined Fuatogi and asked him why he had gone to Gatoloaifa’ana’s home, which is unusual, he said, “because I heard voters get money from Gatoloai.”

“She told me to remember the election the next day,” he said.

Leiataualesa asked Fuatogi what was his interpretation of what Gatoloaifa’ana told him by saying “remember the election (manatua le palota)”. He said in his view, the phrase means that Gatoloaifa’ana wants him to vote for her.

Three witnesses today testified Gatoloaifaana had given them money.

Another witness, Magele Tofilau Taumaloto from Iva testified that on election day, he saw Gatoloaifa’ana’s car reversing to where his taxi was parked at Salelologa near the CCK shop. He walked over and spoke with Gatoloaifaana, who was with another lady sitting in the passenger seat.

“I had a conversation with Gatoloaifa’ana and all of a sudden the lady in the car with Gatoloai gave me money before they left,” Magele told the Court.

According to Magele Tofilau, he did not know the lady who was with the MP, and did not know what the money was for, but it was $300 tala. He told the Court that by that time, he had already cast his vote in the morning.

Another witness who testified against the petitioner was a man by the name of Tumua Olive who says he and two others received $40 tala each from Gatoloaifaana, also on the morning of election day.

He told the Court they were at a flea market in their village selling produce from the land such as coconuts and bananas, when they saw Gatoloaifa’ana’s car stop on the other side of the road. She called out to them to come to her car where she gave them money and told them to ‘remember the election’ (manatua le palota).

During cross examination, Leiataualesa put to the witness if the meaning of ‘remember the election’ is to remind them to vote, and avoid being fined because voting is compulsory.

Tumua Olive replied, no, his interpretation was that Gatoloai was pushing them to vote for her on that day.

Presiding over this matter is Chief Justice Satiu Simativa Perese and Justice Tafaoimalo Tologata Leilani Tuala- Warren. The hearing continues to its 4th day on Thursday 10th June, with two more counter-petition witnesses traveling from Savaii to take the stand.