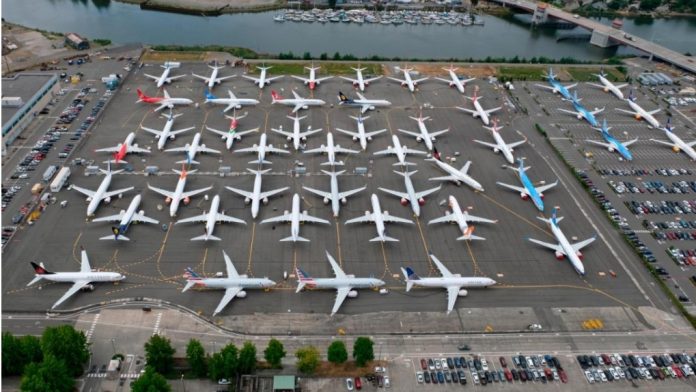 Chris Isidore, CNN Business, New York.  It’s not clear when the 737 Max will fly again, but “who will be willing to fly on the troubled jet?” is perhaps the bigger question.

Airline officials are confident that passengers won’t shun the plane once the grounded jet is approved to fly again by regulators around the world.

“I think we’re going to see the customers come back pretty nicely,” said Southwest President Tom Nelson, when asked if Southwest (LUV) would offer discount fares to lure passengers back to the Max. “It may be a month or two months, but they’re going to come back. At this point, there’s no notion of discounting Max flights.”

Boeing’s best selling plane has been grounded since March following two fatal crashes that killed 346 people. While Boeing (BA) now says it doesn’t expect the plane to be approved to fly until the middle of this year, the Federal Aviation Administration said last week it could get approval before then.

Southwest has done a lot of research about passengers’ willingness to fly on the plane once it is back in service, and a majority plans to fly it as often as before the grounding, Nelson said.

A small percentage — he did not say how many — is unwilling to fly the plane, but that is roughly balanced by those who say they’re more likely to fly the Max because they believe it will be safer than other jets after undergoing so much scrutiny.

Widespread reluctance to fly the Max

Outside surveys conducted soon after the grounding last year suggested there is widespread reluctance by passengers to fly the on the plane.

A survey of 1,757 fliers conducted by Barclays in May and found that 21% of them said they would never fly on a Max. Another 23% planned to wait a year or more. Only 19% said they would fly on the plane immediately, and 17% were unsure when they’d be willing to do so.

In addition, 52% said that if given the choice between a 737 Max and another aircraft type, they would choose the latter. Barclays downgraded shares of Boeing from an overweight, or buy recommendation, to equal weight or neutral after completing that survey.

Atmosphere’s research has found that 20% of business travelers and 24% of leisure travelers said they were extremely unlikely to fly on a 737 Max during its first six months back in the air.

Will passengers get past their fears once it is actually in the air?

Harteveldt, however, thinks that attitudes towards the plane will soften once it’s been given a clean bill of health by the FAA and the various pilots unions whose members are flying it. But he added that the prevalence of social media makes recovery from the 737 Max crisis more difficult to predict. He expects passengers to book away from 737 Max flights, at least initially.

Passengers have continued to fly on planes involved in high-profile crashes. There were four fatal crashes of the Boeing 727 in a four-month period of 1965 and 1966. A 1979 crash of a DC-10 prompted a two-month grounding of that jet. Airlines and passengers did not avoid those planes afterward.

People searching for flights online can now see what type of plane is scheduled on their routes. Travel booking site Kayak allows customers to screen out the Max or any type of plane they don’t want to fly.

The airlines say they will accommodate passengers unwilling to fly the jet. But some might have to pay more for other arrangements or miss out on their flight altogether.

“The airline will say, ‘we’ll get you off the Max, but the only way to get there isn’t a non-stop, it’s two regional jets flights that will take you hours more to get there,” said Helane Becker, airline analyst with Cowen. “That could change people’s willingness,” said Becker.

Critics will continue to question the Max’s safety once it’s approved to fly. That includes family members of the crash victims and some members of Congress who have criticized the approval process that Boeing and the FAA used in the first place.

“I would walk before I would get on a Boeing 737 Max,” said Senator Jon Tester at a Senate hearing in October about the plane.