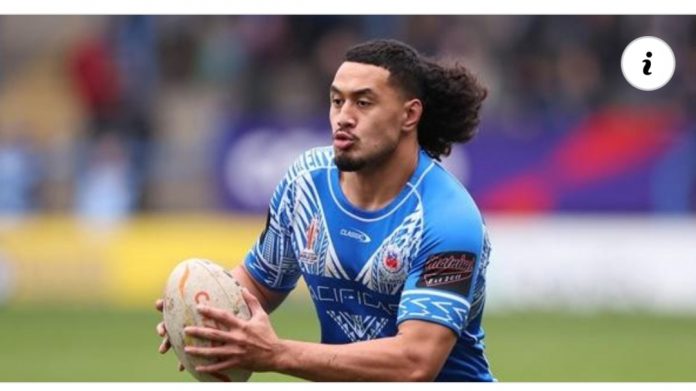 The NRL market has been in full swing for 2023 with several stars switching clubs ahead of the new season.

For Oloipola Kelma Tuilagi, he is contracted to the Manly Sea Eagles until the end of the 2025 season.

NRLs Corey Rosser looks at what Oloipola can bring to the Sea Eagles and why he should be considered a starter for the upcoming season.

What Tuilagi can bring

Tuilagi showed his potential through 2022, enjoying a breakout season with the Wests Tigers before earning a place in the star-studded Samoa squad for the World Cup.

A physical defender who runs nice lines, the 23-year-old appeared 22 times for the Wests Tigers last year, averaging 27 tackles per game and sparking the attack with his ability to generate second-phase play, registering 22 offloads across the year.

The Sea Eagles have signed a player with a high upside who is just 27 games into his first-grade career, and over the next three seasons they should start to see the best of him as he matures on the edge.

Tuilagi showed enough last year to suggest he is ready for a full-time starting role in the NRL, and he now gets the chance to help revamp the Manly left side, which will feature a new half – likely to be Josh Schuster – following the departure of Kieran Foran to the Titans.

That partnership has some real potential, given both Tuilagi and Schuster are likely to also take the field together for Samoa in the future, and the Fatausi Safotulafai back-rower can play a big role in helping to take some pressure off his playmaker in defence.

While Haumole Olakau’atu had the right side locked down, Manly’s left second row position was up in the air for most of the 2022 season, with Andrew Davey, Ethan Bullemor and Ben Trbojevic a few of the names who spent time there.

With the arrival of Tuilagi it’s now one less spot new coach Anthony Seibold will have to worry about this coming season.

Kelma Tuilagi will spend the next three seasons at the Sea Eagles from 2023.

During the Toa Samoa’s recent visit to Samoa, Kelma received the Oloipola title from his village of Fatausi Safotulafai in Savaii.

Tuilagi was born in Samoa and grew up in Savaii before moving to New Zealand with his family at the age of eight. He spent six years living in New Zealand before his family made the move to Melbourne, where his journey to the NRL started.

A Glenora Bears junior, Tuilagi represented the Junior Kiwis in 2018 before signing a two-year deal with Melbourne Storm, where he featured heavily in the Intrust Super Cup competition with Easts Tigers in 2019.

He made his NRL debut for Wests Tigers in 2019 and represented Samoa at the Rugby League World Cup in 2022.