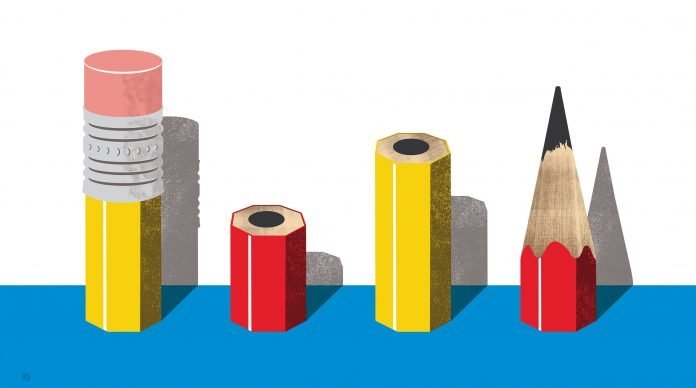 17 May, 2019. By PETER CAPPELLI and LIAT ELDOR. Surveys to assess how engaged workers are in their jobs are highly popular among employers, who hope the results will help them improve employee productivity and creativity and reduce turnover. But consultants and academics have long differed in their conclusions about how much can be inferred from the results of these surveys. Based on our own work as academics, we caution business leaders implementing such surveys: They may not tell you much about your employees that you can do anything about.

One reason for this is that there is no universal definition of “engagement” as it applies to workers. Another is that while engagement has been shown to have some ties to employee performance (e.g., absenteeism, turnover, performance appraisal scores, self-reports of performance), those ties account for a small amount of the variation in individuals’ performance. Typically, companies are interested in employee motivation when they conduct engagement surveys: The more motivated workers are, the higher their level of performance will be, the thinking goes. We do know that employees tend to be more motivated and engaged when they feel their jobs are crucial to their employer’s success or contribute to society, when their leaders support them, and when they can try new things. But changing those factors — and, in doing so, increasing engagement and motivation — is devilishly difficult to do.

Before canvassing employees on engagement, business leaders should understand the surveys’ shortcomings, clarify what they want to accomplish, and explore whether they might be better off with alternatives. Surveys that gauge workers’ satisfaction with specific factors such as pay, benefits, and work schedules, for example, or that evaluate how they are being managed by their immediate superiors, might be more useful in reducing turnover.

THE ORIGINS OF ENGAGEMENT SURVEYS

The current surveys sent out by human resources departments have their roots in the morale surveys conducted by the U.S. military during World War I. “Morale survey” was a catchall term for evaluations covering a wide range of topics, but the military was especially interested in the troops’ willingness to fight. After the war, many of the experts who had conducted the morale surveys moved into the private sector and created organizations like the Personnel Research Federation to apply the lessons from military psychology to employees. The popularity of these kinds of surveys among employers grew in the 1930s, when companies such as Sears, Roebuck used them to figure out how to fight off unions. This explains the initial focus on whether workers were satisfied with factors like pay and supervision: If companies were aware that their workers were dissatisfied, and knew why, they could address the problems before unions had a chance to step in.

By the 1950s, major corporations’ worries about unionization had waned, as companies either succumbed to unions or were able to keep them out. HR departments kept the surveys alive to ask workers about issues in HR’s purview, such as satisfaction with pay, benefits, and work schedules, which can indicate whether employees will leave for new jobs. The notion that satisfied workers are productive workers made surveys even more popular, until more sophisticated analyses starting in the 1980s found that satisfaction did not predict much about job performance.

These findings, combined with a new field of research, caused employers to embrace the idea that measuring worker engagement, rather than satisfaction, could tell them something about how hard their employees were working. The concept of engagement came out of the academic research of William Kahn, a Boston University psychologist interested in examining the degree to which individuals brought their “full selves” and energy to their jobs.

The idea advanced with the identification of employee burnout as an issue — the finding that work performance suffered when employees were psychologically and emotionally exhausted from their work experience. If lack of energy was a bad thing, then the opposite — engagement — should be a good thing, posited Wilmar Schaufeli of Utrecht University and his colleagues. A number of contemporary definitions of engagement tap into employee commitment (Do I care about my employer’s interests?) and motivation (Am I actively trying to advance those interests?).

THE PROBLEMS WITH ENGAGEMENT

One problem that companies often stumble over when using engagement measures is that different definitions of the term abound. The European version, for example, associated with Schaufeli, emphasizes the idea of “vigor,” and there are an array of others. Consultants also tend to use different definitions from their competitors, which contributes to the confusion. Gallup Consulting, for instance, says that engagement is pride, passion, and enthusiasm for work. Willis Towers Watson defines it as “employees’ willingness and ability to contribute to company success.” One of the most widely cited pieces of engagement literature defines it differently still, as “the individual’s involvement and satisfaction with as well as enthusiasm for work.” The predicament is when an employer wants to find out, say, how hard employees are working, and the engagement survey it uses measures something else, such as pride in one’s job or ability to contribute.

A second major problem with engagement surveys is that many employees don’t respond to them because they don’t believe management will do anything with the answers. A 2014 survey found that 70% of employees do not respond to surveys and nearly 30% of them think they are useless. Anecdotal evidence suggests that the pervasiveness of those sentiments hasn’t changed since then. When we survey employees, we are signaling that we care about what they think and that we are going to actually do something with their answers. If we don’t really care — and our employees know this, because they didn’t see any changes after the last survey was conducted — an additional survey will only increase worker alienation.

Finally, many employers are interested in the idea of engagement because they believe it tells them something about job performance and, in particular, whether people are working hard. But job performance and other employee behaviors are influenced by many factors that most engagement surveys can’t take into account — including the tasks people are given, which sometimes change daily; what their supervisors are doing; what is going on with their project or the company; and so on. In addition, many factors outside the job affect an individual’s performance, such as ill health or family problems. The results also vary depending on what a business does: Engagement has been shown to be far greater in organizations with a clear social mission, such as saving children’s lives, than in those that lack one, like investment banking.

Given all this, the hope that we can predict someone’s future job performance with accuracy based on any self-reported statement about that person’s current mental state is unrealistic. Consequently, employers should rethink their survey strategies and make sure they are using the type of survey that can give them the best information for achieving their goals.

WHAT YOU SHOULD DO INSTEAD

Before conducting an employee survey, figure out what you actually want to know. (This article may be helpful during that process.) If you want to find out whether employees think your compensation and benefit policies are fair, ask them that question directly. If you are concerned about who might quit, ask about that directly as well. If you want to know how employees are performing their jobs, you can survey them on their perspective (or, better yet, ask their supervisors: We believe their assessments are better indicators of job performance than the self-reports from individuals about their motivation levels). You can also learn a lot simply by asking employees open-ended questions such as “What would you change about your job and how you are managed?” and by having meaningful conversations with supervisors about what prevents them from getting more work done. You are likely to learn more about how to improve performance from these kinds of questions than from surveys about engagement.

If you are truly interested in your employees’ motivation and commitment and decide to conduct engagement surveys, just be sure to keep their limitations in mind. Once you have the scores, be realistic about the meaning of the results. You shouldn’t expect your workers’ engagement to be anywhere near 100%; few people are completely focused on their work even when they are at the office. Engagement scores are also reasonably stable over time: Employees who are highly engaged tend to stay that way, and the same holds true for those who are not. Don’t expect that a new compensation system or a culture change initiative is going to result in higher engagement scores.

Second, remember that engagement scores measure the perceptions of a group of employees, but this does not address causation. And while some surveys try to ask employees directly why they are disengaged, this is often difficult for workers to self-diagnose. The best approach is to ask employees directly about factors that research has shown matter to engagement: Employees want to have a sense of purpose in their work and to feel that their role is meaningful to the organization’s success. They want leaders who lead by example, who are supportive, who set clear goals, and who give regular, meaningful feedback. They want a safe environment where they can take risks and try new things. Are they seeing that at work?

Finally, do something about the results. Improve the factors employees report are lacking. Engagement scores, for all their prominence in HR and media circles, are ultimately about something both remarkably simple and also difficult to do successfully: doing a good job of managing your employees every single day.THE BIG IDEA