A rare neurological disorder that causes facial paralysis is in the spotlight after singer Justin Bieber revealed he cannot blink or smile.

The 28-year-old has postponed his world tour and told fans in an Instagram video he was being treated for Ramsay Hunt syndrome, a complication of shingles.

In an Instagram video, the star said he is battling a serious virus affecting his facial nerves and that he needs rest to get better. 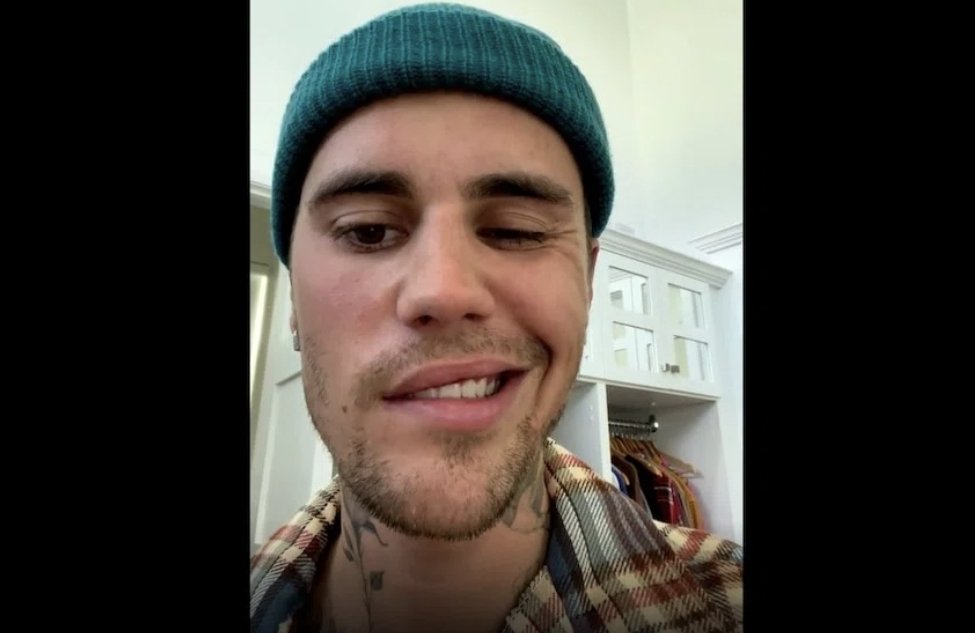 “Obviously, as you can probably see with my face. I have this syndrome called Ramsay Hunt syndrome, and it is from this virus that attacks the nerves in my ear and my facial nerves and has caused my face to have paralysis,” Justin Bieber said.

It’s actually so rare that it’s not known exactly how many people have it, and those who are diagnosed often lean on each other for support and information.

That’s something Elizabeth Robinson has worked to change since she was struck by it seven years ago.

“It devastated and changed my life completely,” Ms Robinson told the ABC.

Ramsay Hunt syndrome occurs in people who have had chickenpox because it’s caused by the same virus.

The varicella zoster virus remains in your body and is harmless unless it is reactivated, usually because of stress.

Ramsay Hunt syndrome is a complication of shingles because the shingles travels to the inner ear, up the cranial nerves and down the facial nerves, inflaming them.

This causes the facial paralysis.

The shingles can also inflame or crush the auditory nerves, causing hearing loss.

Ms Robinson, then a French language teacher, was going through a particularly stressful time when she was diagnosed with Ramsay Hunt syndrome in January 2015.

She still hasn’t recovered from the severe condition, which paralysed 95 per cent of the left side of her face and made her deaf in her left ear.

“I haven’t been able to work as a teacher since,” she said.

“It affects my speech, my hearing, my balance.”

What are the symptoms of Ramsay Hunt syndrome?

Ms Robinson said her first symptom was an excruciating toothache.

“Not just one tooth, all across the teeth on the left-hand side,” she said.

“Then I got an excruciating earache like nothing I’ve ever experienced before — it was like my ear was on fire.”

The doctor who checked her inner ear noted it was slightly pink but her lymph nodes weren’t swollen, so she was referred to the dentist for an infected tooth.

That evening, Ms Robinson’s sister commented her eye was starting to “look a bit funny”.

“At 4am I woke up and went to splash my face in the bathroom and take some water because my mouth was so incredibly dry.

“[The water] just ran down my face.

“I turned on the light — my first thought was I’m having a stroke.”

After using the FAST method (Face drooping, Arm weakness, Speech difficulties and Time), Ms Robinson ruled out the possibility of a stroke and waited to see the dentist, who referred her to an emergency department.

“By the time I got to the ER at nine o’clock that morning, the shingles had developed so badly that my ear was on fire and it was bright red,” she said.

Ramsay Hunt syndrome is often misdiagnosed as Bell’s palsy because of the facial paralysis, and not all patients immediately present with a rash.

But Ms Robinson said the biggest difference between the two was pain.

Mikaela Pretorius was 35 weeks pregnant with her second child in November 2014 when she developed a really bad headache.

Having had pre-eclampsia during her first pregnancy, she knew it was a possible sign of the pregnancy-related condition and went to the hospital.

“There were like, ‘Oh, here you go, have some Panadeine Forte. You know it’s just a headache, we’ve checked it out — everything’s OK,'” Ms Pretorius told the ABC.

“And I’m sitting on the bed [at hospital] and my husband’s like, ‘You’re blinking funny.’

“We told the nurses and the midwives and they were like, ‘It’s just because of the headache and stress, you’re OK.’

“They sent me home. The next day, still blinking funny.”

Ms Pretorius said went to a medical clinic where she was told she needed an ambulance.

She spent three days in hospital and was warned the steroids she was on to treat the infection could make her go into early labour.

“My right side of my face has some movement, like I can blink again, but it’s not the same.

“I was lucky in that sense because it wasn’t in my ear, [it was in the back of my throat], so I haven’t had the long-term …balance and hearing issues.

What is the treatment for Ramsay Hunt syndrome?

Facial Palsy UK, a charity that supports people affected by facial palsy due to any cause, says patients suspected of Ramsay Hunt syndrome should be given antivirals and steroids within 72 hours of symptoms appearing.

It says if that is done, about 70 per cent of people will experience “virtually full recovery”.

If not, the chances of a full recovery reduces to 50 per cent.

“The more severe the damage, the longer it will take to recover, and the lower the chance that you will completely regain normal function,” the organisation says.

Ms Pretorius said she had not seen anyone in the support groups who had fully recovered.

“If they had it in their ear, their face might have recovered but their hearing hasn’t, their balance hasn’t,” she said.

The mother-of-two has botox injections every three months to “even out” her face.

“I’ll have pain, like just muscle tightness on both sides, because it throws out the other side as well,” Ms Pretorius said.

Ms Pretorius said she felt for Justin Bieber because she knew what he was going through.

“I’m sure there will be so many, ‘This is Justin Bieber before, this is him now,’ horrible comparisons.

“It’s an awful, awful disease because it’s your face.

“You walk up to someone and say hello and you know they’re looking at you funny. That’s awful.”

There is no cure for Ramsay Hunt syndrome, but the severity of shingles can be lessened by getting the shingles vaccine.

Ms Robinson was given antivirals within 72 hours, but her paralysis was so severe she needed further treatment, which she did not receive.

She has passionately advocated to raise awareness for Ramsay Hunt syndrome ever since.

“I do this so no-one else has to go through what I went through.”