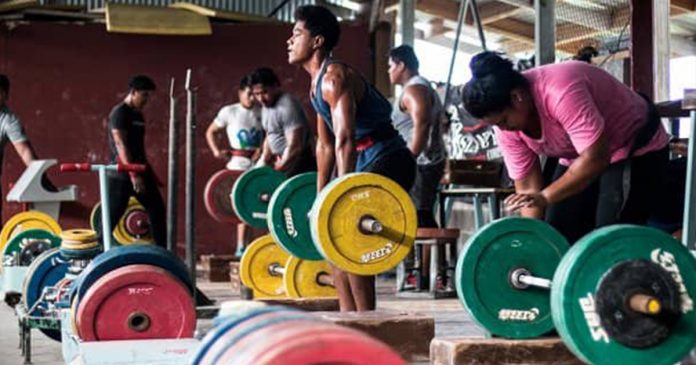 The Samoa Weightlifting Federation (SWF) is ready to face 2019 with several events all happening at once during the week of Pacific Games in July.

This was confirmed by the President and Head Coach of the Samoa Weightlifting Federation, Tuaopepe Jerry Wallwork in his interview with Samoa Global News.

Tuaopepe said that weightlifting is the only sport where Samoa is set to be hosting three major events during the 2019 calendar.

“Forty countries that will be participating in these three competitions,” he said.

Tuaopepe said that having all three events at one time would benefit Samoa in terms cost savings to the sport.

“This is good because it cuts the cost of our lifters having to go to another country”.

Samoa must compete in the Oceania and Commonweath Championships in order to qualify for the 2020 Olympic Games.

“This will be a good chance for Team Samoa to win gold medals in all 3 competitions.”

The President of SWF said this was the request that he had put forward to the International Weightlifting Federation during their meeting at the World Championships last year.

Asked what he is aiming for in terms of the three competitions Tuaopepe said that they have their eyes set on gold medals, and nothing else.

“We mean business here and we are not competing for anything else, except to dominate the medals from all three competitions,” he said.

“It will be held on the soil of Samoa and that means we have to make sure we get medals most especially gold medals, nothing else.”

He said that weightlifting was the only sport to have secured 14 gold medals during the 2007 Pacific Games.

“It is realistic because we are working extra hard now in terms of trainings and I believe nothing is impossible,” said the president.

“I’ve discussed it with the team and I told them there will be a lot of sacrifices this year from me and as well as them.”

The head coach added that he also wants his lifters to set new records.

“So at the end of the day the burden is on them whether they can come out of it as winners and or not but as a coach I am willing to sacrifice my time from my business to make sure the team is ready.

“And with all this work we rely heavily on the power of God to help us get through.”